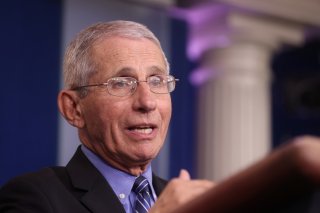 Nearly one million coronavirus vaccine booster shots already have been administered over the past two weeks in the United States, according to the latest data compiled by the U.S. Centers for Disease Control and Prevention (CDC).

The new figures come after health officials authorized on August 12 to give extra shots of Pfizer or Moderna’s vaccines to those individuals with weakened immune systems.

On Monday, officials in New Jersey confirmed that more than thirty-six thousand extra doses have been administered to immunocompromised individuals, frontline healthcare workers, and the elderly.

“Nationally, we think about three percent of the population is immunocompromised, so we’re really asking particularly medical directors in long-term care to do a deep analysis of those medical records and identify individuals who should be queued up to get that third dose right now,” state health commissioner Judy Persichilli said during a coronavirus media briefing.

“When we know whether we’re dosing at eight months or six months, our hope is that we will have mega-sites, county sites, available sites so that anyone who is available to get the vaccine can get the vaccine. I don't think we’ll be—we would rather get it all done in a very quick period of time,” she added.

President Joe Biden’s administration has said that it would rely on officials at the CDC and the U.S. Food and Drug Administration if there is any need to adjust the previously planned rollout of booster shots at eight months after receiving two coronavirus vaccine doses. It had noted that there is a possibility that the timeline could be moved up by three months.

“So, I want to be very clear on that. If they were to change their guidance based on data for any particular group, he would, of course, abide by that,” White House spokesperson Jen Psaki said during a recent press briefing.

“But for people watching at home, for you all who are reporting out this nothing has changed about the eight-month timeline as it relates to the boosters,” she continued.

A new CDC presentation, however, asserted that the data needed to properly evaluate booster shots for the general population in the United States has been found to be limited—which might suggest that the agency’s panel could limit its initial endorsement of booster shots to only vulnerable groups and health-care workers.

The presentation noted that vaccine efficacy for the highly transmissible Delta variant has ranged between thirty-nine percent and eighty-four percent.

It is “important to monitor trends of effectiveness by severity of disease over time,” it said, adding that inoculating the unvaccinated must continue to be a “top priority.”

More than fifty-two percent of the U.S. population is fully vaccinated, while about sixty-two percent have had at least one shot, according to data compiled by the CDC.