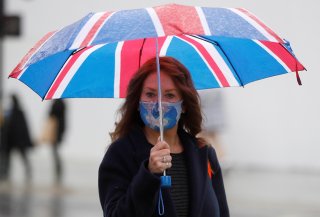 The new variant of the coronavirus is likely more infectious than other strains and could be more transmissible in children, according to scientists from the United Kingdom’s New and Emerging Respiratory Virus Threats Advisory Group (NERVTAG).

More specifically, NERVTAG confirmed that the new variant—which is believed to have originated in southeast England—is roughly 71 percent more transmissible than the other coronavirus strains.

“As of last Friday, we felt we had moderate confidence because the data was coming in, but some of the analysis had been done very quickly,” Peter Horby, professor of emerging infectious diseases at the University Oxford and chair of NERVTAG, said during a virtual media briefing.

Professor Neil Ferguson, of Imperial College London, noted that the variant “has a higher propensity to infect children” compared to earlier strains. He, however, cautioned that “we haven’t established any sort of causality on that, but we can see that in the data.”

Based on the United Kingdom’s early data, the variant, also known as SARS-CoV-2 VUI 202012/01, could “potentially be more rapidly transmissible than other circulating strains,” the U.S. Centers for Disease Control and Prevention added.

However, England’s Chief Medical Officer Chris Whitty and Chief Scientific Adviser Patrick Vallance asserted that there was no evidence to suggest that the new virus strain is more deadly.

UK officials have also stated that the newly rolled out coronavirus vaccines appear to be just as effective against the new strain—but did caution that more research is needed. Both Pfizer and Moderna, meanwhile, are in the process of testing out their vaccines on the virus.

On Wednesday, Britain’s Health Secretary Matt Hancock announced that another variation of the coronavirus has been detected in two people who were contacts of cases that stemmed from recent travel to South Africa.

“Of course, the fight against the virus is a global effort and we’re constantly vigilant and looking around the world as part of our surveillance,” he said during a press conference.

“And thanks to the impressive genomic capability of the South Africans, we’ve detected two cases of another new variant of coronavirus here in the UK. Both are contacts of cases who have traveled from South Africa over the past week.”

Hancock noted that the new variant is “highly concerning” because it “is yet more transmissible and it appears to have mutated further than the new variant that was discovered in the UK.”

Earlier this week, news of the strain forced Prime Minister Boris Johnson to cancel plans to allow families to see each other over the holiday period, as the government warned that the ongoing pandemic is now “out of control.”

More than sixteen million Britons are now under lockdown after new restrictions came into force in London and southeast England.

Dozens of countries across Europe, the Middle East, and the Americas have also announced wide-ranging travel bans.