No, the 'Any Three-Digit Number' Google Search Doesn't Show a Coronavirus Conspiracy 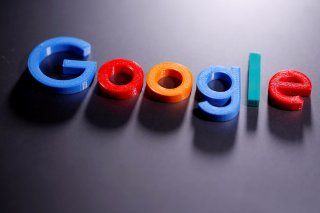 It was an image macro that made its way around social media last week, making appearances on Twitter, Facebook, Instagram, and even Nextdoor: It implored users to go to Google, enter any three-digit number, and the phrase "new cases." The answer, supposedly, would show "proof" that Google, and/or news outlets, are conspiring to sew fear, or possibly even that coronavirus in its entirety was a hoax.

Some high-follower social media accounts pushed the conspiracy theory, as did websites like Gateway Pundit, which alleged that "Google continues to push the coronavirus panic-porn by pushing headlines to their users." Some users even posted videos of themselves doing the searches in real time.

Doing that search, or even doing it with four-digit numbers, does indeed return results for most numbers. But as it turns out, this isn't proof of any kind of conspiracy or untoward behavior. It's really just a matter of mathematical probabilities.

Ever since coronavirus hit the United States earlier this year, hundreds if not thousands of government entities have announced daily statistics about new cases, deaths and other aspects of the pandemic. This has happened at the city, county, state and national level, nearly every day, for four months. Because coronavirus is a topic of major interest, media outlets tend to write about them. And the results about “new cases” are nearly all about coronavirus, because in the last several months, what else would “new cases” refer to?

Therefore, that's a lot of numbers. And because the governments reporting those numbers represent areas of varying sizes, the numbers are sometimes large and sometimes small. And sometimes the number refers to another line in the article, possibly referencing a total number of cases to date, or deaths.

But what they all are is real.

To take a number at random, 250. A search for "250" and "new cases" brings up a government report from the Oregon Health Authority (OHA), from June 26, listing "250 new confirmed and presumptive cases of COVID-19." The results also return, on the first page, multiple news articles from Oregon newspapers and TV stations about that OHA report. There's also a separate report, from a Florida news outlet, about 250 cases in Brevard County, on June 27, and a June 24 story from a local TV station in Texas, about Wichita Falls-Wichita County Public Health District stating that the total number of cases in that county had reached 250.

To take another number, 315. The first several results are all news articles based on the announcement on June 23, by the governor of Kentucky, that that state had 315 new cases. Further down is an African Press Organization story from June 9 about 315 new cases reported in Nigeria.

These are all real stories, from real government offices and real news articles. They haven't been faked or manipulated by Google or anyone else. And most sadly of all, those numbers represent real people who really do have a potentially fatal disease.

The issue was even addressed by Danny Sullivan, Google's public search liason.

"If you search for words or figures, we try to show pages that have those words & figures," Sullivan tweeted last week. "With 100,000s of pages from 1,000s of agencies with daily stat updates on COVID-19, you can search for most anything & get a match."

So in other words, there is zero reasons to believe that those numbers aren't real, or that Google is making them up to scare people about coronavirus, which is real.