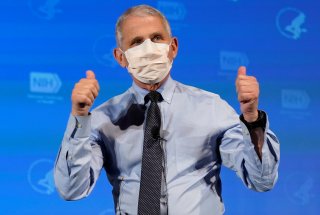 The arrival and rollout of coronavirus vaccines has served to bring down the numbers of new positive cases and deaths, and many have expected that the widespread vaccination will bring about the long-awaited return to normalcy. Schools are reopening, and many sports arenas that had previously kept out fans will begin letting them in starting in March. Texas, in fact, lifted all coronavirus restrictions, including its mask mandate, earlier this week.

A report Wednesday stated that the government will soon take a big step in that direction.

According to NBC News, the Biden administration is expected to announce new guidelines, on Thursday, for people who are already fully vaccinated.

“The guidance expected to be released Thursday by the U.S. Centers for Disease Control and Prevention will state that people who have been fully vaccinated can gather in small groups indoors without wearing masks,” NBC reported.

Another report Wednesday, by Politico, stated that CDC will recommend that indoor gatherings among non-vaccinated adults be limited to small groups, and continues to recommend mask-wearing in public.

“The recommendations will mark the first time the federal government has signaled to Americans that they can start taking steps back to the old rhythms of work, school and play,” that site said, citing a pair of senior administration officials who are involved the drafting effort.

Dr. Anthony Fauci, director of the U.S. National Institute of Allergy and Infectious Diseases, had hinted earlier this week that such a move was coming, noting that the risk was “so low that you would not have to wear a mask,” in small gatherings of people in which all present have been vaccinated.

“Small gatherings in the home of people, I think you can clearly feel that the risk—the relative risk is so low that you would not have to wear a mask, that you could have a good social gathering within the home.”

While it’s far from a return to full normalcy, the new guidance is a major milestone. It means that many family members who have not been able to see each other for the better part of the last year will be able to do so once again, provided everyone is vaccinated.

Distribution began this week of the Johnson & Johnson vaccine, the third one approved, which only requires a single shot, rather than the two shots for the Pfizer and Moderna vaccines.