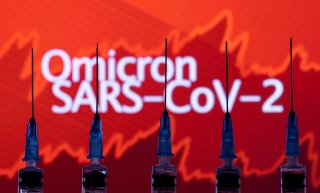 New cases of the highly mutated omicron coronavirus variant that was first detected in southern Africa two weeks ago now have been confirmed in at least fifteen states, according to the U.S. Centers for Disease Control and Prevention.

“We know we have several dozen cases and we’re following them closely. And we are every day hearing about more and more probable cases so that number is likely to rise,” CDC Director Dr. Rochelle Walensky noted on ABC News on Sunday.

This particular variant is known to boast more than thirty mutations to the spike protein, which could be potentially associated with a decrease in antibody protection and higher transmissibility rates. Scientists worldwide are still collecting and analyzing data on the virus and the overall effectiveness of the currently available vaccines.

“We know from a vaccine standpoint that the more mutations a single variant has, the more immunity you really need to have in order to combat that variant, which is why right now we’re really pushing to get more people vaccinated and more people boosted to really boost that immunity in every single individual,” she continued.

According to CDC’s data, just under 60 percent of the total U.S. population is fully vaccinated and roughly 23 percent of them have received a booster shot.

Meanwhile, the United States is averaging more than one hundred thousand new coronavirus cases per day, which is the highest level witnessed in about two months.

“We have about ninety to a hundred thousand cases a day right now in the United States, and 99.9 percent of them are the delta variant,” Walensky claimed.

The seven-day moving average of new cases was more than one hundred twenty thousand as of Saturday, according to the latest data from Johns Hopkins University. Before this week, the United States last eclipsed one hundred thousand cases in early October.

With the number of cases on a northward trajectory, U.S. Surgeon General Dr. Vivek Murthy told CNN that Americans need to be cautious this holiday season.

“We are in such a different place now than we were one year ago because we’ve learned a lot more,” Vivek said.

“We have vaccines available. We have far more tests available, and what we've got to do to get through this winter is to make sure that we are doubling down on our vaccination strategy,” he continued.