Omicron Is Now the Dominant Variant in America 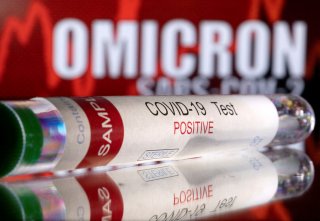 The previously dominant Delta variant now causes 26.6 percent of cases, according to CNBC. The first U.S. case of Omicron was reported on December 1.

Also, the Omicron variant consists of more than 90 percent of the cases in parts of the Northwest, South, Southeast, and Northeast, per CNBC. At least one case has been reported in every state besides Oklahoma and North Dakota.

“This sharp rise in omicron was expected and is similar to what has been seen worldwide,” the CDC said in a statement. “We know layered prevention strategies can slow the spread of COVID-19.”

The stay-at-home orders and widespread school closings of March 2020 do not appear in the offing, although there have been cancellations and postponements of sporting events, including the National Hockey League’s announcement of a five-day break. Saturday Night Live, over the weekend, sent its audience home and ran a live show with limited cast and crew.

Also, Rhode Island has re-instituted a mask mandate while Los Angeles has called off the audience for its planned New Year’s Eve celebration, per the Associated Press.

Earlier on Monday, Moderna announced that according to its own preliminary data, its vaccine, along with a booster, is effective against the Omicron variant. Additionally, the company is working on an Omicron-specific booster. Pfizer, the other manufacturer of an mRNA vaccine, has said similar things about its own vaccines.

“The dramatic increase in COVID-19 cases from the Omicron variant is concerning to all. However, these data showing that the currently authorized Moderna COVID-19 booster can boost neutralizing antibody levels 37-fold higher than pre-boost levels are reassuring,” Stéphane Bancel, Chief Executive Officer of Moderna, said in the announcement. “To respond to this highly transmissible variant, Moderna will continue to rapidly advance an Omicron-specific booster candidate into clinical testing in case it becomes necessary in the future.”

The new variant has led to lots of anxiety among Americans, heading into the Christmas holiday and eventually 2022. There is some encouraging news out of South Africa, which is where the Omicron variant first emerged. Doctors in that country say that the Omicron wave is already hitting its peak in that country after less than a month.