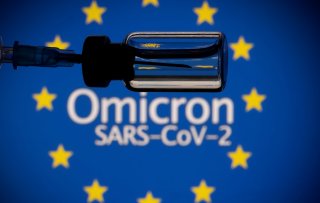 Late last week, medical experts from around the world began warning about the omicron coronavirus variant that was first detected in southern Africa.

And as more information was revealed about the variant, three questions took center stage: Is it more transmissible? Does it make people sicker? And how much protection does vaccination or a prior infection provide against it?

It appears that most experts have settled on one answer: We need more data.

However, those individuals who have been infected with the omicron variant appear to have “very mild” symptoms, according to the South African doctor who first identified the variant, according to NBC News.

Dr. Angelique Coetzee noted in an interview with BBC that “neither she nor her colleagues had admitted anyone who had the strain to the hospital so far. Her patients had experienced extreme fatigue but no loss of taste or smell, which are often telltale symptoms of COVID-19.”

But experts are cautioning that more data is needed before they can make any concrete conclusions.

“I don’t think we know anything about the virulence. What we’re worried more about is the transmissibility and the immune-evasion capabilities,” Dr. Amesh Adalja, an infectious disease doctor who is a senior scholar at the Johns Hopkins Center for Health Security, told NBC.

Earlier this week, the World Health Organization already claimed that the variant poses “very high” global risk and will likely continue to spread across countries.

“The likelihood of potential further spread of omicron at the global level is high,” the agency said in a preliminary technical brief.

“Omicron has an unprecedented number of spike mutations, some of which are concerning for their potential impact on the trajectory of the pandemic,” according to the technical brief. “If another major surge of COVID-19 takes place driven by omicron, consequences may be severe.”

Despite the potential for omicron being more contagious and deadly, it could ultimately lead to the end of the nearly two-year-long pandemic, according to Dr. Houman Hemmati.

“There is a lot of data that remains to be seen,” Hemmati told Fox & Friends First on Tuesday. “There’s always a chance that this is much more infectious, much more deadly than what we have heard about so far. So far, we have just a trickle of reports coming out of South Africa. But hypothetically, if this doesn’t cause significant disease or any real major disease whatsoever and happens to, on the flip side, to be highly infectious such that everybody gets it—imagine lots and lots of people, including currently vaccinated people get it and it’s impossible to avoid.”

“All of a sudden, you can have a scenario where you have a large subset of the population, if not the entire population, who has gotten a mild version or even no version of the disease, but has developed antibodies and has resistance such that if there ever, later on, comes a more deadly variant, you’re protected,” Hemmati said.