One State is Ditching Federal Unemployment Benefits. Why? 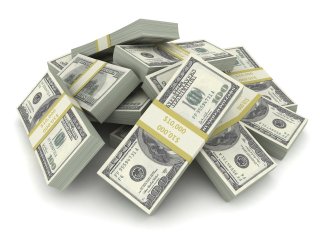 In practical terms, this means that the $300 weekly increase in aid provided by the federal government will end by July. In other states, the benefits are available through Labor Day, a stipulation included in Biden’s $2 trillion “American Rescue Plan” passed last March.

Gianforte has claimed that the benefits have de-incentivized work amidst an acute labor shortage in Montana. Instead, he has substituted the remaining two months of aid for a one-time $1200 bonus rewarding Montanans who return to work – a proposal previously touted over unemployment insurance by the Trump administration.

So far, Montana has been the first state to opt out of the federal funds; all other states are still on track to maintain the current level of benefits until September 6th. However, there are fears that other states will take similar measures – particularly red states, which have typically sought lower unemployment benefits and more conditions for receiving them, as incentives to work.

Nor is the Montana move entirely without precedent; in September 2020, South Dakota opted out of the Trump administration’s Lost Wages Assistance scheme, which supplemented unemployment benefits by $300 per week for six weeks.

Gianforte cited a “severe workforce shortage” as a reason to end Montana’s participation in the federal program. The Montana Department of Labor and Industry has argued that this shortage has affected nearly every industry in the state, and the governor argued that the expansion of benefits was “doing more harm than good” by adversely affecting Montanans’ willingness to work.

Instead of the federal benefits, Gianforte proposed the “Montana Return-To-Work Bonus Initiative.” Under this initiative, workers who had an active unemployment claim at the beginning of May would gain a $1200 bonus payment – effectively a fourth stimulus check – if they were able to work for four full weeks afterwards.

In reality, some economists have opposed this idea, arguing that more factors are at stake than people simply refusing to work on account of losing unemployment benefits. They have also argued that the payment might distort the labor force by incentivizing some people to enter professions for which they are not best-qualified – for instance, laid-off teachers working in restaurants. There are also concerns that wages remain too low across many industries, as echoed by Federal Reserve Chairman Jerome Powell last week.

And the unemployment rate fails to account for people who are “no longer in the labor force” – who are not actively seeking work, either on account of fearing exposure to COVID-19 or due to other factors such as caring for children.