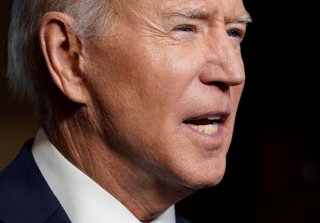 President Joe Biden told lawmakers that he plans to propose a temporary extension of the expanded child tax credit but didn’t commit to making the measure permanent, The Wall Street Journal reported.

The enhanced child tax credit was featured in Biden’s $1.9 trillion American Rescue Plan that the president signed last month, where Congress boosted the credit from $2,000 to $3,000 and allowed parents with children under the age of 6 to qualify for $3,600. The measure also permits parents of children at an age of 17 eligible for a tax credit.

The Internal Revenue Service reported that the tax credits will start going out over the summer in intervals, rather than in just one, big payment.

Although the credits are expected to nearly halve child poverty, the provision is only set to last until the end of the year. Some Democrats, however, have joined together to make it permanent, a push that Biden hasn’t explicitly rejected.

According to the Journal, Biden met with members of the Congressional Hispanic Caucus on Tuesday, where he was reluctant to endorse making the expanded child tax credit permanent.

“He said ‘I’d love to do it permanent, but I’m not sure that I can get that through the Senate,’” Rep. Teresa Leger Fernandez (D-N.M.) said of the meeting, when she asked Biden about making the measure permanent. “You could tell he was interested in making it permanent, that was the back and forth on that.”

The president did note, however, that he was open to extending the tax credits for several years.

A group of Democratic lawmakers called on the White House on Tuesday to make the expanded child tax credits permanent.

“Expansion of the Child Tax Credit is the most significant policy to come out of Washington in generations, and Congress has an historic opportunity to provide a lifeline to the middle class and to cut child poverty in half on a permanent basis,” the lawmakers wrote. “No recovery will be complete unless our tax code provides a sustained pathway to economic prosperity for working families and children. Permanent expansion of CTC will continue to be our priority.”

Biden’s comments come as the White House is carving a follow-up spending bill to its nearly $2.3 trillion infrastructure plan. While the administration is still hammering out the details of the second legislative initiative, sources said the price tag could be more than $1 trillion, with funds aimed at childcare, parental leave and tuition-free community college. Biden will reportedly propose that the second measure be paid for with hefty tax hikes, similar to his infrastructure package.

“The details of that package are still being finalized, so speculation as to its final contents is premature at this point,” White House spokesman Michael Gwin said in a statement.

The Biden administration is considering incorporating the temporary extension of the enhanced child tax credit through 2025 in the $1 trillion bill, according to The Washington Post.