Pfizer to Allow Other Companies to Manufacture Its Coronavirus Pill 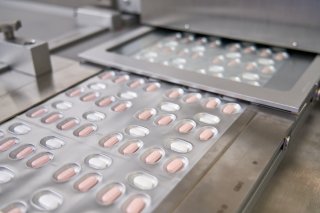 Pfizer has inked a deal with a United Nations-backed group that will enable other companies to make its experimental coronavirus pill.

The move could potentially make the treatment available to more than half of the world’s population. In a statement, Pfizer said it would grant a license for the antiviral pill to the Geneva-based Medicines Patent Pool, which then would allow generic drug companies to manufacture the pill for use in ninety-five countries.

“It’s quite significant that we will be able to provide access to a drug that appears to be effective and has just been developed, to more than four billion people,” said Esteban Burrone, head of policy at the Medicines Patent Pool, per the Associated Press.

“We try to strike a very delicate balance between the interests of the (company), the sustainability required by generic producers and most importantly, the public health needs in lower and middle-income countries,” Burrone said.

Pfizer, earlier this month, claimed that its pill slashed the risk of hospitalization and death by nearly ninety percent in individuals with mild to moderate coronavirus infections. The company has said that it would ask the U.S. Food and Drug Administration and other regulators to quickly authorize the pill.

Pfizer’s agreement comes as the latest data are indicating that the pandemic is far from over in the United States—as new cases are starting to rise again in select regions across the country. Since hitting the Delta wave peak of more than one hundred seventy thousand cases per day in mid-September, new infections had been sinking for weeks. But Johns Hopkins University data are now showing that average daily cases have jumped by nearly twenty percent and forty percent in the Midwest and Northeast, respectively, over the past week.

“The only thing that’s a little bit disconcerting is that we’re beginning to plateau,” White House chief medical advisor Dr. Anthony Fauci said during an interview on Monday hosted by the Bipartisan Policy Center.

“In other words, the deceleration of cases is now plateaued, and in some areas of the country, we’re starting to see a bit of an uptick. … There’s a lot of good news, but some challenging news that we really need to address as we go into the winter months,” he continued.