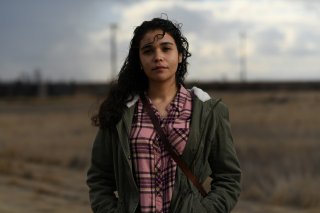 Results from a new poll are indicating that the ongoing coronavirus pandemic has taken a huge toll on most Americans—but the heaviest struggles are being experienced by teenagers and young adults.

In all, more than one-third of Americans between the ages of thirteen and fifty-six have cited the nearly two-year-long pandemic as a chief source of stress, and many have admitted that it has made certain parts of their lives harder, according to a survey conducted by MTV Entertainment Group and the Associated Press-NORC Center for Public Affairs Research.

However, when it came to education, friendships, and dating, the impact was found to be more pronounced among Gen Zers.

“Among Americans in Gen Z—the survey included ages thirteen to twenty-four—46 percent said the pandemic has made it harder to pursue their education or career goals, compared with 36 percent of Millennials and 31 percent in Generation X. There was a similar gap when it came to dating and romantic relationships, with 40 percent of Gen Z saying it became harder,” the Associated Press writes.

“Forty-five percent of Gen Z also reported greater difficulty maintaining good relationships with friends, compared with 39 percent of Gen X Americans. While many Millennials also said friendships were harder, Gen Z was less likely than Millennials to say the pandemic actually made that easier, 18 percent vs. 24 percent. Roughly half of Americans across generations, including Gen Z, said the pandemic led to struggles having fun and maintaining mental health,” it continues.

According to Dr. Cora Breuner, a pediatrician at Seattle Children’s Hospital, the outsized impact on Gen Z could be partly blamed on where the children are in their respective brain development.

“It’s this perfect storm where you have isolated learning, decreased social interaction with peers, and parents who also are struggling with similar issues,” she told the news agency, adding that many children do lack the necessary skills to be able to cope with stress and make complex decisions.

The poll’s findings shared similarities with a separate national study conducted by FAIR Health earlier this year. The nonprofit, which collects data for the largest database of privately billed health insurance claims in the United States, examined thirty-two billion records to closely study individuals in the younger age groups.

What the researchers discovered was that in March and April of 2020, mental health claims for those aged thirteen to eighteen approximately doubled compared to the year prior. Moreover, in the Northeast region for the thirteen to eighteen age group, claim lines for generalized anxiety disorder surged 93.6 percent, while major depressive disorder claim lines increased 83.9 percent.

“The COVID-19 pandemic has had a profound impact on mental health, particularly on that of young people,” FAIR Health president Robin Gelburd said in a statement. “The findings in our new report have implications for all those responsible for the care of young people, including providers, parents, educators, policymakers, and payors.”