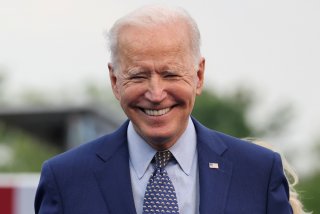 A month ago, the weekly release of retail sales figures showed a 9.8 percent increase in March, which blew past analyst expectations. The consensus was that the stimulus checks from the American Rescue Plan were driving purchases, providing a positive economic indicator.

Now, the retail sales report for April is out, and it’s a much different story: sales were flat.

The March number was also revised upward, to a 10.7 percent gain.

Per Axios, retail sales were up 51 percent year-over-year, compared with April 2020, which was in the depths of the pandemic.

In the April report, sales in the automotive and restaurant sectors each rose 3 percent, although physical store sales and clothing store sales were down 5 percent.

CNBC stated that with Americans having accumulated savings during the pandemic, “an acceleration is likely in the coming months amid record savings and a reopening economy.”

The stimulus checks “burned a hole through consumers’ pockets in those months and contributed to big, big surges” and “the immediate sugar high from the stimulus could be wearing off,” Wells Fargo senior economist Tim Quinlan told the Wall Street Journal.

“A flat retail sales read is actually par for the course in a normalized environment so in a way this actually shows that retail is somewhat stabilizing,” Mike Loewengart, managing director, investment strategy at E-Trade Financial, said in a note, quoted by Marketwatch.

“So while on its own this read is not likely to move the needle in either direction, it probably supports the point of view that the dip we experienced this week is a buying opportunity as all sectors march toward full recovery.”

The retail sales number continues a season of mixed economic news. On the one hand, vaccination rates are rising and coronavirus restrictions are being lifted, and life is slowly returning to normal, ahead of a summer in which Americans will likely do the traveling, and spending, that they didn’t do in the summer of 2020.

On the other hand, there are indications of inflation, there are millions of unfilled jobs, and the most recent monthly jobs report showed sluggish growth.