On the Rise: Monkeypox Cases Surge 20% in One Week 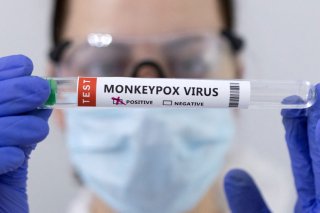 The World Health Organization (WHO) sounded the alarm on Wednesday that the monkeypox virus is continuing to spread rapidly across the world, with case numbers surging by 20 percent just over the past week, CNBC has reported.

There are now roughly 35,000 confirmed infections across ninety-two countries, but the vast majority of the cases have been found to be in Europe and the Americas, according to WHO data.

During a news conference in Geneva, WHO director-general Tedros Adhanom Ghebreyesus noted that the global supply of the monkeypox vaccine, known as Jynneos in the United States, continues to remain limited to battle the outbreak that has taken twelve lives so far.

“We remain concerned that the inequitable access to vaccines we saw during the Covid-19 pandemic will be repeated and that the poorest will continue to be left behind,” Tedros said.

Earlier this month, the U.S. Food and Drug Administration (FDA) issued an emergency use authorization that allows healthcare providers to split Jynneos monkeypox vaccine doses, manufactured by Danish biotech company Bavarian Nordic, in hopes of inoculating up to five times as many people against the disease.

The vaccine can now be offered to high-risk adults intradermally, or between the layers of the skin, rather than subcutaneously, or under the skin, as it has been typically administered. This will allow providers to get up to five doses out of a standard one-dose vial. “In recent weeks the monkeypox virus has continued to spread at a rate that has made it clear our current vaccine supply will not meet the current demand,” FDA commissioner Robert Califf said in a statement.

However, according to a Washington Post report, Bavarian Nordic CEO Paul Chaplin has expressed concerns to senior Biden administration health officials regarding their plan to split doses. “We do have some reservations … due to the very limited safety data available,” Chaplin wrote in a letter to Health and Human Services (HHS) Secretary Xavier Becerra and Califf.

Chaplin added that conducting further studies before overhauling the nation’s monkeypox vaccine strategy would be “prudent.”

Biden administration officials acknowledged the concerns but asserted that the new strategy would still go ahead. “We wouldn’t have moved forward unless we thought it was safe and effective, and if FDA hadn’t dotted its I’s and crossed its T’s,” Becerra said.

There are also rising concerns related to reports of breakthrough cases in which people who received the shots after exposure to monkeypox are still falling severely ill, as well as individuals becoming infected after being inoculated as a preventative measure.

“We have known from the beginning that this vaccine would not be a silver bullet, that it would not meet all the expectations that are being put on it, and that we don’t have firm efficacy data or effectiveness data in this context,” Dr. Rosamund Lewis, the WHO’s monkeypox technical lead, told reporters on Wednesday.