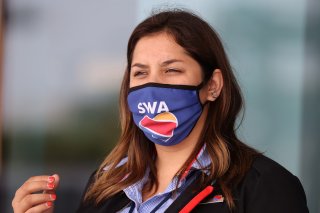 In what may seem to be counterintuitive, scientists are saying that the chance of a person being infected with the novel coronavirus on a flight is relatively low.

In one particular case, 328 passengers and crew members were tested for COVID-19 after it was revealed that a March 31 flight from the United States to Taiwan had been carrying 12 passengers who were exhibiting coronavirus symptoms.

Moreover, most planes now feature air filters that are designed to trap 99.99% of particles, face masks and coverings are mandatory, and there are more thorough cabin cleanings after each flight.

“To me, flying is an activity that has been made relatively less risky during the pandemic,” Dr. Amesh Adalja, a senior scholar at Johns Hopkins University’s Center for Health Security, told HealthDay.

However, he added, “passengers should take care to social distance, avoid congregated areas, wash their hands, refrain from touching their face, and wear face coverings as indicated.”

One professor of statistics at the Massachusetts Institute of Technology has made an effort to quantify COVID-19 risk while flying.

According to his findings—based on short-haul flights in the United States on aircraft with three seats on either side of the aisle and with all passengers and crew wearing face masks—the probability of being infected on a full flight is only one in 4,300. Those odds plummet to one in 7,700 if the middle seat is vacant.

Still, some individuals with the financial resources aren’t taking any chances. Due to the pandemic, private charter flights have witnessed a robust increase in business over the past several months.

According to the publication Robb Report, some charter companies have seen their bookings surge by 25% this year—and many of these new customers are reportedly first-time private fliers.

“With check-in, security and access to bathrooms and food, there are about 700 touchpoints that travelers can be exposed to when traveling commercially,” Ian Moore, the chief commercial officer at VistaJet, told the Robb Report, citing a recent report by the consulting firm McKinsey & Company.

According to the latest data from Johns Hopkins University, there are more than 22.5 million confirmed cases of coronavirus worldwide, including at least 790,000 deaths.