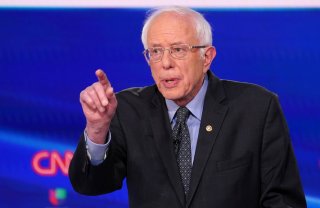 The coronavirus pandemic has caused massive unemployment and economic uncertainty, which is unlikely to dissipate anytime soon. As a reaction, major providers such as Comcast, Verizon and AT&T have vowed not to disconnect their customers’ service.

As of now, all of those companies have extended their no-disconnection pledge through June 30. In March, the FCC asked providers to agree to the “Keep Americans Connected Pledge,” and more than 600 of them signed on.

However, NBC News reported in April that some customers have been disconnected regardless. And now, three U.S. senators have introduced legislation to make such a moratorium a requirement.

Sen. Jeff Merkley of Oregon, along with Sen. Ron Wyden (also of Oregon) and Sen. Bernie Sanders of Vermont have introduced a bill in the U.S. Senate called the ‘‘Continuing Online Networking, Negating Economic Conditions on Technology at Home Act’’ or the ‘‘CONNECT at Home Act.”

“During the period beginning on March 13, 2020, and ending on the date that is 180 days after the date on which the COVID—19 emergency terminates, a provider of voice service or internet service may not terminate the provision of that service to a customer,” the bill says. It also requires that any provider who terminated that service “shall immediately resume providing the service upon the date of enactment of this Act.”

There are some exceptions, including the user asking for termination, under a valid court order, “to protect the network of the provider from abuse [or] in cooperation with a law enforcement agency to protect life and safety in exigent circumstances.” The bill includes forfeiture penalties, which “shall not exceed $100 for each day of the violation, except that the amount assessed shall not exceed a total of $1,000,000 for the termination of the provision of service to a single customer.”

The bill, S.3695, has been referred to the Senate Committee on Commerce, Science, and Transportation.

It’s unclear how much support the legislation has in the Senate, in which the Democrats are in the minority. Merkley and Wyden are Democrats, while former presidential candidate Sanders, who is officially an independent, caucuses with the Democrats.

Sen. Wyden was also one of three senators who, last week, wrote a letter to Comcast asking the cable giant to open up its home-based home Wi-Fi hot spots for public use during the pandemic. The company had previously done for its outdoor and business-based hot spots.