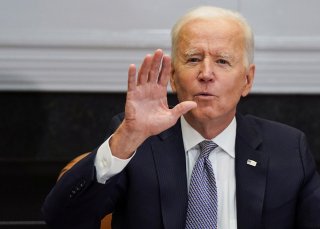 After weeks of delays, millions of Social Security recipients are finally seeing their coronavirus stimulus checks in their respective bank accounts and mailboxes.

For the current fourth batch of stimulus payments, roughly nineteen million payments representing more than $26 billion were earmarked for Social Security beneficiaries who did not file their 2019 or 2020 taxes or did not use the Internal Revenue Service Non-Filer tool for direct payments, and more than three million payments totaling $5 billion were sent to Supplemental Security Income and Railroad Retirement Board beneficiaries.

The chief reason for the holdup in the transfer of the much-needed funds was due to the Social Security Administration (SSA), according to a recent letter from the House Ways and Means Committee to the benefits agency. The committee contended that millions of senior citizens were left sitting empty-handed because the SSA didn’t turn over the necessary payment information to the IRS in a timely fashion.

The agency recently acknowledged that it had been reviewing, validating, and testing the payment records after receiving them from the SSA.

Moreover, the IRS noted that stimulus payments for Veterans Affairs beneficiaries who do not generally file tax returns should be deposited directly into their accounts on April 14.

“The IRS continues to review data received from Veterans Affairs (VA), which covers veterans and their beneficiaries who receive Compensation and Pension (C&P) benefit payments who don’t normally file a tax return,” the IRS stated.

“If no additional issues arise, the IRS expects to begin processing these VA payment files at the end of this week. Because the majority of these payments will be disbursed electronically, they would be received on the official payment date of April 14.”

The agency added that “VA beneficiary payment information would be available in the Get My Payment tool.”

Social Security and VA beneficiaries and anyone else who didn’t receive either of the first two stimulus payments can still try to claim the money that they’re entitled to from the U.S. government. For this tax season, a Recovery Rebate Credit has been added to all returns, so that people mired in this particular situation can eventually receive the overdue payments.

To date, this current batch of stimulus checks now brings the total number of payments to one hundred fifty-six million worth approximately $372 billion. In all, about 85 percent of stimulus checks sent so far have been directly deposited into bank accounts, the IRS noted.