Sorry, No Stimulus Check For You (If You Are Convicted of a Crime?) 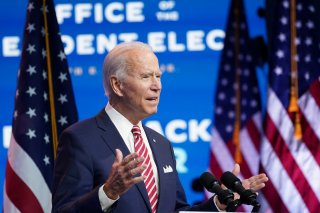 State-level law enforcement officials can redirect the third round of stimulus payments from those convicted of crimes to help cover restitution or debts and fines, according to the Treasury Department.

“To the extent permitted by applicable state and local law, amounts paid in the third round of [economic impact payments] may be subject to garnishment by state governments, local governments, or private creditors, as well as pursuant to a court order (which may include fines related to a crime, administrative court fees, restitution, and other court-ordered debts),” a department official wrote in a letter addressed to Democratic Sens. Maggie Hassan (N.H.) and Joe Manchin (W.Va.).

The letter comes as lawmakers have raised concerns over what happens to the direct payments that go to incarcerated individuals and other convicted criminals. President Joe Biden’s American Rescue Plan does not detail whether people convicted of crimes are eligible for the relief.

Hassan and Manchin had sent a letter to Treasury last month, asking for the department to clarify the policy and provide “clear guidance” on state-level officials’ ability to redirect the stimulus payments.

“We strongly support state efforts to seize criminals’ Economic Impact Payments and to ensure that these payments benefit families victimized by crime rather than incarcerated criminals,” the two senators wrote in a letter to Treasury.

The senators also recalled in the letter that states were able to seize the first round stimulus relief. States were not allowed to redirect the second round of direct payments.

The department responded to Hassan and Manchin, noting that “federal law does not prevent the stimulus payments authorized by Biden’s law from being garnished by states or by creditors,” according to The Hill. Treasury is expected to update the IRS’s frequently asked questions webpage to reflect this statement regarding the third round of stimulus checks.

Prosecutors in Alabama have also ignited efforts in seizing the direct payments from those convicted of a crime and sending them to the victims.

“We think that’s money that should go to victims, not to inmates who have not been financially impacted at all by the pandemic,” Alabama Attorney General Steve Marshall (R) told a local station, WKRG, last month.