Steal the Movie: How Coronavirus Lockdowns Are Causing a Surge in Online Piracy 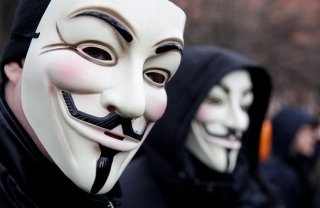 We all know that the stay-at-home orders and closures of movie theaters worldwide have led to massive levels of subscriptions and hours spent on streaming services. But another method of entertainment consumption has surged as well: digital piracy.

According to a new report by Muso, a British firm that studies the subject, there were big gains in film piracy during the opening weeks of the lockdowns.

“These numbers would seem to confirm that it has never been easier to view content illegally and people have never been more relaxed about doing so,” Muso’s report said. There are several factors at play, from many more customers at home, out of work and not wanting to spend, as well as the closed movie theaters.

Per Variety, Muso tracked over a billion visits to piracy sites in America in the month of March.

While the music industry saw its profits decimated in the late 1990s by the rise of Napster and subsequent piracy sites, there’s been more of a barrier to such piracy when it comes to full-length feature films. The files are much larger, and not everyone knows how to use torrent sites. However, the numbers indicate that piracy is becoming both easier and more prevalent.

The report states that while customers also paid a great deal for content during the early weeks of the lockdowns—including an unprecedented surge in new Netflix subscriptions—some younger customers may have gotten into the piracy habit during the lockdowns, creating what Muso calls “a whole new army of can’t pay, won’t pay consumers.” And that habit has a chance to continue long after the current moment is over.

The Muso report does not mention specific content that has been pirated, but the website Torrentfreak, which covers the piracy beat extensively, found that the new Chris Hemsworth Netflix action movie “Extraction” was the most downloaded movie last week from torrent sites. This was despite the movie only debuting on Netflix last Friday. Rounding out the top five on the chart are “Fantasy Island,” “Bloodshot,” “Bad Boys For Life” and “Arkansas.”