Stimulus Check Alert: How Millions Of Americans 'Stimulated' the Economy 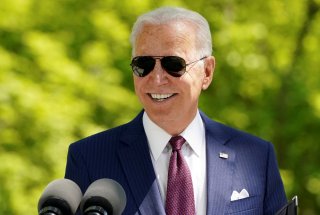 More than half of Americans spent or plan to spend at least some of their $1,400 coronavirus stimulus checks on home improvement or repairs, according to a new Fast Company-Harris Poll.

Of those individuals who fit into that group, 11 percent have earmarked all of their stimulus funds toward improving their homes, while 8 percent will spend more than half of the cash windfall on such projects.

The poll further revealed that purchasing a home has also become an option among many millennials. In fact, 40 percent of respondents in that age group stated that they are considering buying a new house. For Gen Xers it is only 20 percent and baby boomers 11 percent.

Other data are showing that recipients of the stimulus funds went on an extended shopping spree over the past month. The Commerce Department reported recently that retail sales climbed 9.8 percent in March after sinking 3 percent the month before—as sporting goods, clothing, and food and beverage drove the sizeable gains in spending.

Despite these positive figures, it appears that other polls are suggesting that many Americans are still relying heavily on stimulus funds to meet basic everyday needs.

According to a survey conducted by Bankrate, it contended that a majority of the stimulus cash continues to be spent on groceries, rent, mortgage, and other monthly bills. Moreover, only 13 percent of Americans anticipate using their checks for discretionary purchases, such as eating at restaurants or taking a long-overdue vacation.

“For all the talk of revenge spending and pent-up demand for travel, you wouldn’t know it by seeing just 13 percent of stimulus check recipients indicating that any of the money would be spent on discretionary activities or nonessential items,” Greg McBride, Bankrate’s chief financial analyst, said in a statement. “Stimulus continues to be a bit of a misnomer, with households predominantly using the money to pay monthly bills and provide day-to-day essentials.”

According to separate research from the financial services firm TransUnion, four in ten Americans are still continuing to experience income loss compared to before the pandemic that started more than a year ago.

In addition, a recent Federal Reserve Bank of New York poll has revealed that U.S. consumers are putting away 42 cents of every dollar received from the third stimulus checks. Less than 25 percent of the money is being spent and the remainder is being used to settle debts.