Stimulus Check News: Why Democrats Are Fighting For a Fourth Check 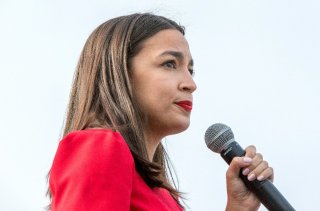 President Joe Biden spoke on Wednesday night, marking the eve of his hundredth day in office. While the President broadly outlined his “American Families Plan” – the additional $2 trillion in spending that he has proposed to Congress – he has remained conspicuously silent on the question of whether a fourth stimulus check will be sent out.

Certain elements of his party, however, have not; the Democrats’ progressive wing has loudly pushed for another stimulus check and possibly recurring payments afterward.

What Has Gone Out

Since the beginning of the pandemic, a total of $3,200 has been distributed to every American adult. In March 2020, when the first round of stimulus checks was launched, Americans received $1,200 apiece. A second $600 check was grudgingly passed during the last months of President Trump’s tenure. Democrats objected to this measure, arguing that the amount was too small, and followed it with an additional $1400 once they had control over Congress in March.

There is no question that these payments have helped many families remain above water during the pandemic. However, in spite of the good they have caused, many Americans remain in trouble. According to financial services firm TransUnion estimated that four in ten Americans were financially worse off after the pandemic, and a Kaiser Family Foundation poll found that one in three Americans still struggle to pay basic bills. Unemployment in certain sectors, particularly low-skilled ones such as foodservice and hospitality, remains very high.

With this in consideration, some lawmakers have pushed Biden to approve another round of checks. On March 30th, twenty-one senators – including progressive heavyweights such as Sens. Bernie Sanders (I-VT), Elizabeth Warren (D-MA), and Cory Booker (D-NJ) – signed a letter indicating their support for further payments. The Democrats noted that two-thirds of Americans who received the $1400 checks distributed in March would have spent them by the end of May.

The March 30th letter did not specify further action, beyond the assertion that more direct stimulus payments were needed in the future. However, an earlier effort from a different group of Democrats in January – this group including Representatives Alexandria Ocasio-Cortez (D-NY), Ilhan Omar (D-MN), and Ro Khanna (D-CA) – suggested monthly payments of $2,000 until the end of the pandemic.

Why It May Never Happen

These measures have caused consternation among Republicans, but there is little question that they would be beneficial to most Americans. Polling from Bloomberg, among other sources, suggests that most recipients would immediately spend the stimulus money on conventional purchases such as food, housing costs, and debt relief – payments that are likely to be felt elsewhere quickly, stimulating the economy.

This alone suggests that the cost of a fourth stimulus check might be worthwhile to the economy, although it remains uncertain whether it will pass an evenly divided – and filibuster-prone – Senate.