Stimulus Checks for Restaurants? Joe Biden Has a Plan for That. 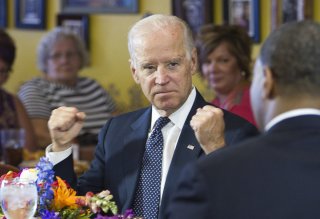 Few industries were as hit hard by the coronavirus pandemic as restaurants, as many were closed for months, and then opened either for takeout-only or limited-capacity seating.

The American Rescue Plan, signed into law by President Biden in March, offered funds to help out struggling restaurants, through something called the Restaurant Revitalization Fund. The fund is offering $28.6 billion in grants for restaurants that need help.

The Restaurant Revitalization Fund is now open for applications.  And President Biden talked about the program earlier this week. He talked about how he had visited a restaurant in Washington that was part of a pilot program for the Fund.

Biden went on to praise restaurants as a key part of the economy, noting that one in three Americans got their first job at a restaurant.

“They're woven into the fabric of our communities. And so, for many families, restaurants are the gateway to opportunity, a key part of the American story,” the president said. “There are families of all races, all ethnic backgrounds, all nationalities in this country who built their American dream around a family. A family-owned restaurant. And for more workers their own story of economic progress starts in a restaurant.”

Biden also, in the speech, talked a bit about other benefits that have come from the American Rescue Plan, including stimulus checks and coronavirus aid. He noted that 163 million stimulus payments had already gone out, and that by end of the distribution, 85 percent of American households will have received a check. He added that the Rescue Plan has also funded the nationwide vaccine distribution, which is ahead of the goals laid out following the law’s passage.

“This is another example of how we're putting the American Rescue Plan to work quickly and effectively,” Biden said in his concluding remarks. “And showing the American people that their government can deliver, can deliver for them again and do it without waste. That we can vaccinate this nation. That we can get our kids safely back in school. That we can get our economy back on track by helping hundreds of thousands of small businesses reopen and stay open. And we can give the people of this nation a fighting chance again. That's what this is all about.”