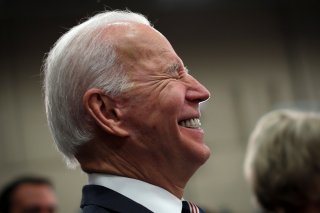 The great news for the U.S. economy continues. After positive numbers first for retail sales in March and later on GDP in April, the government released a report at the end of April showing that personal incomes have risen as well.

The 21.1 percent increase was a record for that particular measure, even after personal income dropped in February.

The stimulus checks from the American Rescue Plan, the report said, had a lot to do with the big number.

According to Reuters, the arrival of the stimulus checks is beginning to unleash pent-up demand.

"While we aren't completely out of the woods yet, today's report shows the beginning of an economic rebound," Brendan Coughlin, head of consumer banking at Citizens in Boston, said of the report, per Reuters. "Assuming no setback in the continued rollout of the vaccines, U.S. consumers are well-positioned in the second half of the year to stimulate strong economic growth across the country."

Is inflation a concern, with this rapid economic growth? Economists and others have given different opinions on that. Fed Chairman Jerome Powell has mostly said that such concerns are likely temporary, rather than a long-term concern.

"While labor costs are hardly getting out of hand, there is clearly more wage pressure in the economy at present than the early stages of the past cycle," Sarah House, a senior economist at Wells Fargo in Charlotte, North Carolina, told Reuters.

"Stronger labor cost growth even before the economy hits full employment is a reason to think that even after the reopening-fueled pop this year, inflation is likely to settle above the anemic rate of the past cycle."

It’s all part of what’s expected to be a period of sustained economic growth, as the pandemic recedes and the associated restrictions are lifted.