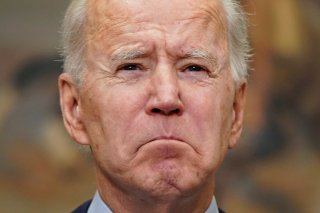 Amid the ongoing pandemic, it appears that greed and desperation are pushing people to steal—even from highly vulnerable senior citizens.

Two people in Ohio are facing charges after police say they stole a home and other funds, including a coronavirus stimulus check, from an elderly woman. They are accused of deceiving the victim into signing over a quitclaim deed to her residence and then placing her into a nursing home.

According to the mortgage lending company Quicken Loans, a “quitclaim deed can be one of the simplest methods of transferring a property to a new owner. In other words, the property owner (also known as the grantor) can offer this type of deed and transfer the entire interest in the property to the recipient, or the grantee. Generally, no money is involved in this transaction, there’s no need for title insurance and no title search is conducted to verify the property owner.”

Throughout the disbursement of three rounds of stimulus funds, these types of criminal activities have occurred regularly. In a more extreme example, an Indianapolis man in March fatally shot four people after he and his girlfriend argued because he wanted a share of her stimulus payment, according to a court document.

Although there might be that temptation to try to deposit a stimulus check that is under a different name, the law office of Stechschulte Nell says that one should always be aware of the consequences.

“In some cases people have been defrauded of their stimulus check, and when they try to deposit what they think is their real money, they may find that they have been a victim of a scam. Even though they are the victim, they may nonetheless be charged with a crime. Regardless of why you have been charged with fraud, you need to contact an attorney as soon as possible,” it added.

Stechschulte Nell added that sizeable fines and even possible imprisonment that could span decades await those who commit check fraud.

“There are serious consequences for committing check fraud. This can include a fine of up to $1 million, or you can be imprisoned for up to thirty years (or both),” it said.

“If you have been charged with depositing a dead or fraudulent COVID-19 stimulus check, this may be one of the charges you are faced with.”