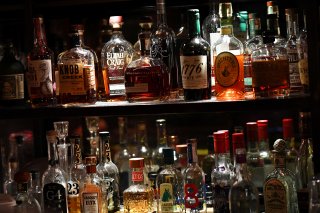 American adults have been drinking alcoholic beverages 14 percent more often during the ongoing coronavirus pandemic, also known as COVID-19, according to new research published in the journal JAMA Network Open.

The data pointed to a substantial increase in drinking frequency for women—up 17 percent compared to last year—and among those aged thirty to fifty-nine, which was shown to be 19 percent higher.

Women also recorded about a 40 percent increase both in incidents of binge drinking—defined as four or more drinks within about two hours—and in problems linked to their consumption of alcohol, such as engaging in risky behavior.

The research did not try to determine why the frequency of drinking has increased, but some health experts have speculated that more individuals are turning to alcohol to better cope with pandemic-related stress, anxiety, and depression.

According to Nielsen, retail alcohol sales surged 54 percent in late March compared to the year prior, as more people began heading to liquor and grocery stores instead of bars and restaurants. Furthermore, online sales of alcoholic beverages more than doubled.

The research authors, though, noted the limitations of the study, as the findings are based on self-reported data that could be skewed due to societal expectations. However, they concluded that more research is needed on alcohol use during public health-related crises.

Earlier this year, the World Health Organization warned that drinking alcohol can increase the risk of contracting the coronavirus and aggravate the symptoms of the disease.

The agency has even recommended that government leaders worldwide seek to implement measures that limit access to alcohol during coronavirus-driven lockdowns.

“Alcohol compromises the body’s immune system and increases the risk of adverse health outcomes,” the WHO’s regional office for Europe said on its website while referencing heavy alcohol use throughout the continent.

“Therefore, people should minimize their alcohol consumption at any time, and particularly during the COVID-19 pandemic.”

The WHO added that excessive drinking could lead to an array of other dangerous outcomes, including domestic violence, risk-taking behaviors, and mental health issues.

“During the COVID-19 pandemic, we should really ask ourselves what risks we are taking in leaving people under lockdown in their homes with a substance that is harmful both in terms of their health and the effects of their behavior on others, including violence,” Carina Ferreira-Borges, WHO Europe’s program manager for alcohol and illicit drugs, said in a statement.

Alcohol is responsible for three million deaths each year worldwide, according to the WHO.