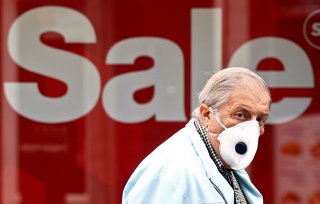 Men are getting gravely ill and dying from the novel coronavirus more than women, a new study published in Nature has confirmed.

Older men, particularly those over sixty, infected with coronavirus were found to be up to twice as likely to become severely sick and die as women of the same age, according to Yale University researchers.

The chief reason is that men produce a weaker immune response to the coronavirus than women do.

According to the researchers, T cells can stop the spread of infection, destroy virus-tainted cells, and activate other immune cells.

“Importantly, we found that a poor T cell response negatively correlated with patients’ age and was associated with worse disease outcome in male patients, but not in female patients,” the researchers added.

The findings suggest that older men may need to depend more on vaccines to protect against a potentially fatal infection. Furthermore, companies currently at work developing a viable vaccine might need to parse data by gender, which could influence dosage levels.

“You could imagine scenarios where a single shot of a vaccine might be sufficient in young individuals or maybe young women, while older men might need to have three shots of vaccine,” Dr. Marcus Altfeld, an immunologist at the Heinrich Pette Institute and at the University Medical Center Hamburg-Eppendorf in Germany, told The New York Times.

For the study, the team examined immune responses in seventeen men and twenty-two women who were admitted to the hospital soon after they were infected with the virus.

They then collected blood, saliva, urine, stool and nasopharyngeal swabs from the patients every three to seven days.

The analysis didn’t take into account patients who were on ventilators and those taking drugs that could affect the immune system. Moreover, data from an additional fifty-nine men and women were analyzed.

The study’s report, however, noted the limitations of the findings, as the number of subjects was relatively small.

Despite being part of a higher-risk demographic, another recent study revealed that older men are likely to worry less and make fewer behavioral changes in response to the coronavirus pandemic.

The research, which was published in The Journals of Gerontology, concluded that older men might need more education and intervention to help ensure that they more accurately perceive the risks of the virus.

There are now more than twenty-four million confirmed cases of coronavirus worldwide, including at least 822,000 deaths, according to the latest data from Johns Hopkins University.