Survey: Nearly Half of U.S. Workers Suffer From Mental Health Issues During Pandemic 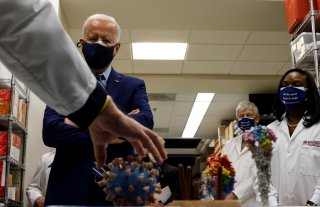 The ongoing coronavirus pandemic may have started roughly a year ago, but workers in the United States are still struggling to cope with it mentally.

Rates of depression, anxiety, and other mental health concerns have surged since last March—with 46 percent of full-time employees reporting such issues compared to 39 percent before the viral outbreak, according to a new poll conducted by the insurance company The Standard that surveyed more than fourteen hundred workers.

“Our research shows the pandemic is increasing the strain of both mental health and substance abuse issues on workers,” the report said.

“And that increase is clearly affecting their productivity on the job more now than before the pandemic.”

Generational differences were also found to be significant. For Gen Z and Millennials, 71 percent and 59 percent, respectively, reported dealing with mental health issues over the past twelve months, compared to just 22 percent of baby boomers and 36 percent of Gen Xers.

“Gen Z and Millennials are affected by behavioral health issues during the pandemic at much higher rates than older generations,” the report stated.

“The pandemic adds or compounds stressors that younger workers were already coping with, such as less job security, less housing stability, more debt, and lower wage earnings than previous generations,” according to the report.

The survey added that employers should seek to do more to assist their struggling workers.

“Supporting employees through the pandemic has benefits at individual and company-wide levels,” it said. “Consider all aspects of your employees’ well-being and provide benefits to support the whole person and their situation.”

In another recent survey by Cigna International Markets, it found that Americans—more than any other nationality—say that they are worse off because of the pandemic.

The report, which is part of Cigna’s COVID-19 Global Impact Study, revealed that Americans reported an across-the-board decline in their overall well-being— physical, social, family, financial, and work—due to the coronavirus. Physical scores saw a noticeable drop, “mainly driven by a lack of sleep and regular exercise, and concerns about weight.”

Nearly half of the global respondents contended that the current economic environment would have a negative impact on their financial situation and planning—and only about 25 percent believed that they will be able to maintain their current standard of living.

“Access to integrated wellness programs, mental health providers, and well-being solutions can have a positive effect on those most impacted by pandemic-related stress,” Cigna Americas Global Employer Health CEO Ann Asbaty said in a news release.

“This year alone, Cigna’s International Employee Assistance Program has seen a 55 percent increase in mental health support cases compared to the same time period last year, and utilization of the program’s website has increased by 46 percent.”