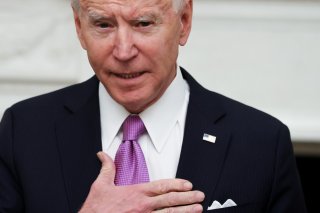 The increase comes after it dropped nearly three percent the month before, according to the Commerce Department. The sales gain is the biggest since last May when stores reopened after closing down due to the nationwide lockdown.

The department’s report covers roughly 33 percent of overall consumer spending, indicating that a slow economic rebound stands ahead as more federal relief is pumped into Americans’ pockets. Although the spending pace will likely subside, last month’s results reveal that Americans are willing to shop or eat.

March’s sales results come after Congress approved Biden’s rescue package last month, where eligible adults received up to $1,400. The Internal Revenue Service has sent out 161 million stimulus payments so far, totaling $379 billion, which amounts to about 84 percent of the $450 billion set aside for direct relief for Americans, the agency reported last week.

The Commerce Department also discovered that sporting goods stores saw the most sales success, up 23.5 percent in March compared to the month before, which was followed by clothing stores at 18.3 percent and car dealerships at 15.1 percent.

A survey of more than one thousand people conducted by the New York Federal Reserve Bank revealed that households planned to allocate roughly 25 percent of their third stimulus check on goods, while the rest of the federal aid would be used to pay off a lump sum of debt or to boost savings.

The figures are a large reversal from last year’s data, as millions of retail stores and bars and restaurants were forced to permanently shutter due to the economic crisis driven by the pandemic. But with the swift vaccine rollout averaging nearly 2.86 million doses per day, people are more comfortable going out and shopping and eating at restaurants.

The vaccine-driven economic recovery, however, may slowly fade, as vaccination rates are skidding in the United States, despite the spread of the highly contagious virus variants. The Centers for Disease Control and Prevention was averaging roughly 3 million doses per day, with a peak of 3.38 million, but then saw a drop after federal health officials paused the use of the Johnson & Johnson vaccine when rare blood clots emerged in six recipients. The pause was lifted on Friday but vaccine hesitancy still looms.