Third Round of Stimulus Checks Nearly All Sent Out. Will There Be a Fourth? 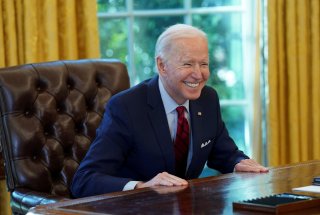 With roughly one hundred sixty-five million coronavirus stimulus checks sent out to date under President Joe Biden’s $1.9 trillion American Rescue Plan, it appears that the Internal Revenue Service is in the final weeks of disbursing the remaining payments.

In fact, the latest estimates say that only about 14 percent of the $450 billion total earmarked for the current third round of stimulus funds have yet to be sent out.

Against this backdrop, it is not surprising to hear that many cash-strapped Americans are rushing to find backup financial plans that could meet their basic everyday needs. While doing this, many are still holding out hope that a fourth round of stimulus checks will eventually become a reality.

But there are many Washington lawmakers who are vehemently against giving more monetary assistance to Americans, contending that Congress has already done enough. To date, the government has green-lighted the delivery of three stimulus cash payments—a $1,200 check in April 2020, $600 in December, and the current $1,400 payments.

More than likely, Biden understands why there is that reluctance. But it seems that he is also keenly aware of the financial pain that many Americans are still enduring.

According to a recent report by the Economic Security Project, it contends that more rounds of stimulus payments have the potential to lift twelve million Americans out of poverty.

“Evidence from the last year shows stimulus checks to be the fastest and most impactful investments helping Americans get through this crisis, lifting more people out of poverty than any other single policy,” the report said.

The study’s data further revealed that an additional sixteen million Americans were lifted out of poverty because of the most recent $1,400 stimulus checks. According to the latest data from the U.S. Census Bureau, about thirty-four million people live in poverty in the United States.

It appears that many Democratic lawmakers have taken note of such data. In late March, nearly two dozen senators pressed Biden to include recurring direct payments in his “Build Back Better” legislation.

“We urge you to include recurring direct payments and automatic unemployment insurance extensions tied to economic conditions in your Build Back Better long-term economic plan,” the senators’ letter stated. “This crisis is far from over, and families deserve certainty that they can put food on the table and keep a roof over their heads.”

“Our country is still deeply struggling. The recovery hasn’t reached many Americans—the true unemployment rate for low-wage workers is estimated at over 20 percent and many people face large debts from last year for things like utilities, rent and child care. These are all reasons that checks need to be targeted to people who are still struggling,” it added.