Trump Hates This: Biden's $1,400 Stimulus Checks Made the Economy Boom 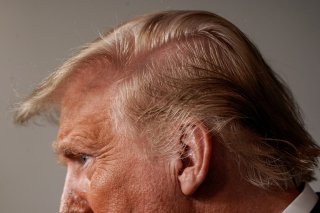 Personal income surged by a record-breaking 21.1 percent in March largely due to the stimulus payments from President Joe Biden’s pandemic rescue package, propelling a long-awaited economic recovery after more than a year of uncertainty.

The big gain was the largest monthly increase in over 60 years, reflecting the delivery of millions of $1,400 direct payments from Biden’s $1.9 trillion relief bill that Democrats squeezed through Congress last month. The payments accounted for $3.948 trillion of the overall seasonally adjusted $4.213 trillion increase in March in household income.

Consumer spending also rose 4.2 percent, the Commerce Department said Friday, which was the most significant change since last summer after the first wave of the coronavirus.

Friday’s report indicates a slowly recovering economy, driven by eased restrictions and swift vaccine rollouts across the country. Economists are pointing to widespread consumer spending to tackle the economic crisis in the upcoming months, following the federal government’s big-spending initiatives that pumped billions of dollars into the pockets of Americans and to small businesses.

The personal-saving rate also increased to 27.6 percent in March, up from 13.9 percent in February. Excess household saving has reached nearly $2.3 trillion, which has been escalating during the pandemic.

The latest round of stimulus payments had the largest impact in fueling consumer spending compared to the previous two rounds, according to Earnest Research, a data-analytics company.

The company reported that people who received the direct payments increased total spending growth by 29 percent in mid-March compared to the same time two years earlier. That’s much more than after the first and second direct payments, as they drove it up by 23 and 22 percent, respectively.

Zach Amsel, data analytics director at Earnest Spending, told the Wall Street Journal that the third round of stimulus payments were more targeted to align with the reopening of states as coronavirus cases eased and vaccinations surged. Earnest reported that spending among Americans who received the direct relief and resided in Pennsylvania, Texas and Florida grew twice as fast compared with California and New York.

“Local economies matter,” Amsel told the publication. “If in Texas and Florida, restrictions were never as strict as New York and California, you saw that play out since April of last year.”

But economists think that consumer spending will ramp up over the summer as the nation’s vaccination effort continues and people start going out to eat and shopping in-store.

The rise of 4.2 percent in consumer spending included an increase of 8.1 percent in the buying of goods and 2.2 percent spike in the purchase of services, a sector that includes bars, restaurants and entertainment.