Is the U.S. Economy Getting Better? Initial Unemployment Claims Drop to 751,000 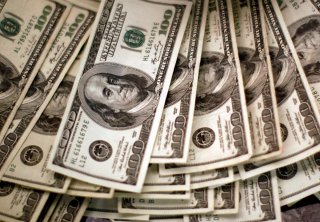 First-time claims for unemployment benefits dropped by 7,000 for the last week of October to a seasonally adjusted 751,000, but the figure still looms at a historic high compared to pre-pandemic numbers.

The Labor Department reported Thursday a decline in initial jobless claims, a figure that’s remained below 800,000 for the third straight week. Unadjusted claims also fell to 738,166.

Continuing jobless claims also plunged by nearly a half-million to about 7.3 million.

While the numbers have sunk, another 363,000 Americans applied for relief under the Pandemic Unemployment Assistance (PUA) program, an initiative formed by Congress under the Cares Act that was passed in March to aid unemployed workers who are eligible for regular state benefits, like gig workers. The program is set to expire in just two months.

But initial claims have been trending downward since its peak in March and April of 6.9 million, but still remain at record-high numbers as the pre-coronavirus levels only reached 695,000 in October 1982.

“The new unemployment claims showed a decline from the week previous and probably reflect that unemployment (out tomorrow will remain below 8%). That said, the numbers remain extremely high on a historical basis,” Scott B. MacDonald, a contributor to TNI and chief economist at Smith’s Research & Gradings, said.

The total number of Americans receiving jobless benefits conveyed another decrease of 1.15 million, pushing it to 21.5 million.

Although these drops show some economic progress, it still leaves labor economists fearful as state unemployment insurance programs and the PUA’s funds are running out.

Congress has failed to deliver additional federal relief to Americans who are still unemployed, as top lawmakers from both sides of the aisle are not willing to compromise. But the longer negotiations remain inconclusive, the more Americans enter the poverty threshold, and the more people file for unemployment.

“Looking ahead, this is going to be a number to watch, especially if you have a concern that the pace of the economic recovery is set to slow in the absence of new fiscal stimulus,” MacDonald said, referring to the unemployment claims figure.

Senate Majority Leader Mitch McConnell (R-Ky.) announced Wednesday that he hopes to approve of the next round of coronavirus relief before the end of the year.

FILE PHOTO: U.S. dollars are counted out by a banker counting currency at a bank in Westminster, Colorado November 3, 2009. REUTERS/Rick Wilking/File Photo