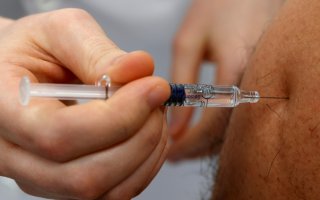 Throughout Latin America, Covid-19 has shuttered already sluggish economies, tested geopolitical alliances, and dampened any hope for a quick recovery. In the face of economic ruin, it is no surprise that migrants are fleeing their homes for a country that not only has economic prospects but an increasing surplus of vaccines: the United States.

While the Biden administration is responsible for myopically reversing productive immigration controls set by his predecessor, a significant reason for this migrant surge is the suffocating Latin American economies due to persistent lockdowns and ineffective Covid-19 responses.

As a result, the Biden administration faces increasing pressure to address an overwhelming crisis as unprecedented numbers of migrants appear at the southern border. Compounded to the president’s issues is an assertive China and an emboldened Russia that aim to eclipse the United States, even in its own backyard. However, the Biden administration has an opportunity to retake control of the situation: deploy “Vaccine Diplomacy.”

There must be a U.S.-led initiative to vaccinate the Americas, not only to contain the mutation of Covid-19 in our neighborhood, but to counter our rivals’ diplomatic offensives, reassert U.S. leadership, and spur the economies of our allies. Rejuvenated Latin American economies will give their citizens fewer reasons to emigrate to the United States, which will subsequently temper the border crisis.

One of the benefits of American industrial capacity is that we are developing a significant surplus of Covid -19 vaccines—an excess of up to 600 million by July. With nearly one in four Americans fully vaccinated, that number will likely grow. This provides Washington’s diplomatic armory a powerful tool: surplus vaccines.

America’s inventory of surplus vaccines is an unused asset that Biden can use for strategic purposes: addressing the border crisis and countering Chinese and Russian influence in Latin America. By failing to distribute our surplus, the Biden administration is missing a unique opportunity to project its power and strengthen trust in U.S. leadership.

Latin America’s economies will not improve until the coronavirus is under control. By facilitating the vaccination of our Latin American neighbors, the United States would be instantly reviving their economies in the wake of the pandemic. As a result of an anticipated economic comeback, migrants would have fewer reasons to stream to the U.S. border, thereby de-escalating the border crisis. Consequently, President Biden would be able to take credit for curbing the migrant surge while also enhancing America’s favorability and image in the western hemisphere.

In sum, sending vaccines to Latin America relieves the United States of its present headache on the Rio Grande, and Latin Americans can go back to work while their politicians are satisfied stewarding a revitalized economy. All of this boosts America’s reputation in the south Atlantic. In this scenario, everybody wins—except China and Russia.

While the United States rightly focused on ramping up vaccine production to inoculate its own population, China and Russia have been using vaccine delivery as a bargaining chip to advance their self-interests in the region and strip the United States of its title as the region’s preferred partner.

China and Russia are seeing tangible benefits for their efforts too. For example, Paraguayan officials have raised doubts about their country’s allegiance to Taiwan in light of receiving life-saving doses from China. Moreover, Argentina’s government seems to overlook human rights while it works with Vladimir Putin to become the first Latin American country to open Russian Sputnik V production facilities.

Once Argentina bought into Sputnik, other Latin American countries followed suit, such as Mexico, Brazil, Bolivia, and other U.S. allies such as Peru, Chile, and Colombia.

Now that the United States has the infrastructure to vaccinate its own population, we must mobilize our growing surplus to counter our rivals.

And no, Secretary Antony Blinken, the WHO is not the vehicle for distribution. America must distribute surplus vaccines in a bilateral way instead of using a slow, ambiguous intermediary such as the World Health Organization—an organization with compromised integrity. Bilateral exchanges will be faster and deliver discernable results.

The United States must be seen as a partner that comes through not only when it is convenient, but when it counts. If we do so, our allies will reciprocate and bat for our interests even when it is inconvenient for them to do so. Goodwill follows goodwill.

To advance our national interests and protect our southern border, Washington must leverage its vaccine surplus to vaccinate the Americas.

John Dominguez is a public affairs associate in Pittsburgh, PA.

Nico Zviovich is a policy professional and Young Voices contributor based in Atlanta, GA.