What Is the Omicron Coronavirus Variant? 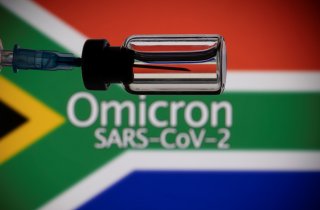 The World Health Organization (WHO) has officially designated a new South African variant of the coronavirus as a “variant of concern”—leading dozens of countries to restrict travel to and from South Africa in order to contain its spread.

The variant, known as B.1.1529, has been dubbed the Omicron variant, in the scheme of Greek letters for noteworthy new variants of the virus. Although the majority of Omicron cases have been recorded in South Africa, it has also been detected further afield, in Israel, Belgium, and Hong Kong.

The variant’s apparent risks have led the United States and the European Union to impose temporary travel restrictions on much of southern Africa, including South Africa, Zimbabwe, Botswana, and Zambia—each of which has recorded cases of the Omicron variant. The governments of these countries, keenly aware of the negative repercussions for their economies, have protested the move; South African Health Minister Joe Phaala insisted that the travel restrictions were not justified, describing them as a “knee-jerk reaction” based on appearance rather than genuine concern for safety.

Phaala insisted that the South African government had acted appropriately and with full transparency and that the WHO’s past experience had led it to criticize earlier travel bans. Other critical observers have noted that the implementation of travel restrictions would effectively punish South Africa for being honest about its coronavirus situation—a possible warning to other, less democratic countries in the region, such as Zimbabwe and Angola.

As the restrictions continue, the WHO, as well as coronavirus researchers within South Africa, have initiated research into the new variant. The two major concerns are transmissibility, or how contagious the virus is, and the degree of immunity it enjoys from vaccines and antibodies from previously infected people.

The variant’s outbreak in sub-Saharan Africa is particularly alarming to some health scientists, as that region has some of the world’s poorest health systems and the lowest vaccination rates. In addition to leading to higher fatality rates, it could also give the virus more room to breed and mutate, creating other, potentially even more dangerous strains.

WHO Director-General Tedros Adhanom Ghebreyesus has recognized these dangers, urging the world to intensify its “efforts to deliver on vaccine equity ASAP and protect the most vulnerable everywhere.” Although roughly four billion people, more than half the world’s population, have received at least one dose of the vaccine, they are mostly concentrated in the world’s developed countries, while poorer developing nations in Africa, Latin America, and Asia have far lower vaccination rates.