Who’s to Blame for the Continuing Spread of Coronavirus? 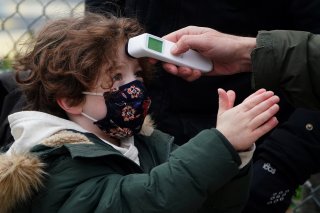 After several months of widespread vaccination, the federal government’s vaccine efforts have hit something of a wall. The United States this week hit its goal of 70 percent vaccination, per the Associated Press, although a month later than President Biden had proposed as an earlier goal.

The surge, brought about by the spreading Delta variant of the virus, has led some local areas to push renewed coronavirus restrictions, including the return of mask mandates in some areas. New York City on Tuesday instituted a vaccine mandate for many indoor places, including restaurants and gyms. The Delta variant, meanwhile, has led to a rise in positive cases among those who are fully vaccinated, although hospitalizations and deaths remain relatively rare among that cohort.

Who’s to blame for the continued spread of the virus and the continuing pandemic? A recently published poll looked at which Americans are to blame.

Vaccinated and unvaccinated Americans alike were asked who they blame for the continuing pandemic, according to Axios, which cited a recent Axios-Ipsos poll.

The poll measured "percentage attributing blame to each group when asked "Which of the following people or groups, if any, do you blame for the rising COVID-19 cases and spread of new variants in the U.S.?”

The poll did find that some vaccine resistance has declined. A full 77 percent of Americans “have either gotten the vaccine or say they are likely to do so,” which is two more than when the survey was taken a month earlier. Parents, also, are more likely to allow their children to be vaccinated than they were last month.

“The latest Axios-Ipsos Coronavirus Index finds that the Delta variant has stopped America’s re-emergence in its tracks. Delta’s emergence coincides with an increased level of concern and perceived risk among many Americans,” Ipsos said in the release of the poll.

“At the same time, the number of Americans spending time out of the home has declined for the first time since early this Spring and more people are taking protective measures. However, most of this concern and these protective measures are concentrated among the vaccinated indicating behavior changes will have minimal impact on the outbreak among the unvaccinated. On one positive note, the number of Americans registering hard opposition to getting the vaccine has declined and parents are slightly more likely to consider vaccinating their children.”