WHO: Ability to Track Covid Variants ‘Diminishing’ Amid Testing Declines 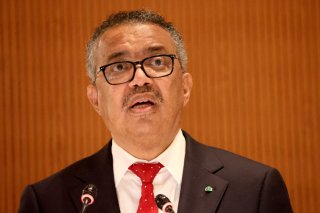 The World Health Organization (WHO) on Thursday sounded the alarm that it is struggling to identify and track Covid variants primarily due to countries rolling back testing and surveillance, CNBC reported.

“Our ability to track variants and subvariants around the world is diminishing because surveillance is declining,” Dr. Maria Van Kerkhove, the WHO’s Covid-19 technical lead, told reporters during a briefing in Geneva, adding that the virus is still circulating at an “incredibly intense level” across the world.

Meanwhile, WHO director-general Tedros Adhanom Ghebreyesus cautioned about the “ever present risk of more dangerous variants emerging.” He added that “the pandemic is not over but the end is in sight.”

According to WHO data, weekly Covid-related deaths are now just 10 percent of the pandemic’s peak in January 2021. More than 9,800 people died from the virus in the week ending on September 18, down a sizable 17 percent from the week prior.

“We have spent two and a half years in a long dark tunnel and we’re just beginning to glimpse the light at the end of that tunnel, but it’s still a long way off and the tunnel is still dark with many obstacles that could trip us up if we don’t take care,” Tedros said.

“In most countries, restrictions have ended and life looks much like it did before the pandemic. But 10,000 deaths a week is 10,000 too many when most of these deaths could be prevented,” he continued.

In the United States, President Joe Biden drew plenty of criticism this past weekend after saying during an interview on CBS’ 60 Minutes that the pandemic was “over.”

“The pandemic is over,” he said. “We still have a problem with Covid. We’re still doing a lotta work on it. It’s—but the pandemic is over. If you notice, no one’s wearing masks. Everybody seems to be in pretty good shape. And so, I think it’s changing.”

Per Axios, the president clarified his comments during a New York City fundraiser on Tuesday. Biden acknowledged that he was “criticized” for the remarks, adding, “But it basically is not where it was.”

“We will remain vigilant, and of course, we continue to look for and prepare for unforeseen twists and turns,” he added.