WHO: Monkeypox May Have Been ‘Spreading Undetected for Years’ 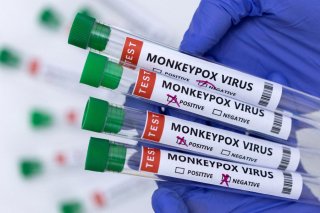 World Health Organization (WHO) Director General Tedros Adhanom Ghebreyesus said on Wednesday that the fast-rising number of monkeypox cases in multiple countries worldwide suggests that the virus may have been spreading undetected for some time—perhaps even months or years.

The WHO has so far confirmed more than 550 monkeypox cases across thirty countries.

“We don’t really know whether it’s too late to contain,” Dr. Rosamund Lewis, the WHO’s monkeypox technical lead, said in a press conference in Geneva, Switzerland. “What WHO and all member states are trying to do is prevent onward spread.”

The recent surge in monkeypox cases is highly unusual because they are occurring in North American and European countries where the virus is not endemic. Monkeypox generally occurs in Central and West African rainforests, where animals that carry the virus live.

Tedros, emphasizing that anyone can contract the disease, added that most reported cases were from men who sought care at sexual health clinics after having sex with other men and later developed symptoms. WHO officials have stated the virus itself is not a sexually transmitted infection, generally spread through semen and vaginal fluids.

In response, health authorities in the United Kingdom have urged anyone who tests positive for the virus to abstain from sexual activities until their symptoms have cleared. They also recommended that previously infected individuals continue to use condoms for eight weeks after the virus has passed.

The WHO on Monday acknowledged that it is too early to confidently say whether the recent outbreak will eventually lead to a global pandemic like Covid-19. But the agency noted that the risks to the general public remain relatively low.

“We don’t want people to panic or be afraid and think that it’s like Covid or maybe worse,” Sylvie Briand, the WHO’s director of epidemic and pandemic preparedness and prevention, said in a press briefing. “This monkeypox disease is not Covid-19, it is a different virus.”

According to the WHO’s website, monkeypox is a viral illness that begins with flu-like symptoms and the swelling of lymph nodes, eventually progressing to rashes on the face, hands, feet, eyes, mouth, or genitals that turn into raised bumps which then become blisters.

The virus is most easily spread via open contact with the sores of an infected individual. It can also spread through contact with materials that have the virus on it, such as shared bedding and clothing.