WHO: Monkeypox Is Primarily Spreading Through Sex 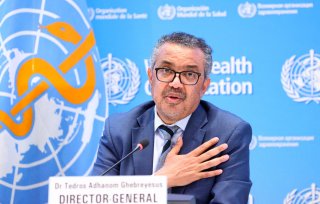 World Health Organization (WHO) officials have warned that the current outbreak of the monkeypox virus in North America and Europe is primarily spreading through sex among men.

In all, there are roughly 230 confirmed and suspected cases across nearly twenty countries, including the United States, Canada, Australia, Italy, and Spain, the global health agency added.

“A notable proportion of recent cases in the U.K. and Europe have been found in gay and bisexual men so we are particularly encouraging these men to be alert to the symptoms,” said Susan Hopkins, chief medical advisor at the U.K.’s Health Security Agency, per CNBC.

The virus itself is not a sexually transmitted infection, which are generally spread through semen and vaginal fluids. But the recent surge in cases seems to have been spread among men who have sex with other men, WHO officials said, also emphasizing the fact that anyone can contract the disease.

In response, the Centers for Disease Control and Prevention (CDC) on Monday alerted gay and bisexual men that monkeypox appears to be spreading in the community worldwide, warning them to take necessary precautions.

“We want to help people make the best informed decisions to protect their health and the health of their community from monkeypox,” Dr. John Brooks, a CDC official, said.

The WHO said on Tuesday that the outbreak of monkeypox cases in non-endemic countries is “containable.” Monkeypox is usually found in Central and West African rainforests where animals that carry the virus live. Animal hosts include a range of rodents and non-human primates.

The agency acknowledged that it is currently unclear whether the spike in monkeypox cases was the “tip of the iceberg” or whether a peak in transmission had already been reached.

“We’ve seen a few cases in Europe over the last five years, just in travelers, but this is the first time we’re seeing cases across many countries at the same time in people who have not traveled to the endemic regions in Africa,” said Dr. Rosamund Lewis, who runs the WHO’s smallpox research.

According to the WHO, monkeypox is a viral illness that begins with flu-like symptoms and the swelling of lymph nodes, eventually progressing to rashes on the face, hands, feet, eyes, mouth, or genitals that turn into raised bumps which then become blisters. The virus, which has an incubation period of twenty-one days or more, can spread via open contact with the sores of an infected individual.