WHO: Young People ‘Not Invincible’ to Coronavirus and Can Be Major Spreaders 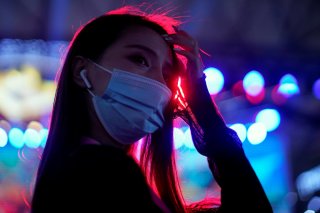 World Health Organization officials are contending that young people “letting down their guard” could be driving the surge of new COVID-19 cases in some countries.

The agency noted that while young people’s mortality rate is generally low to the virus, they still may suffer from long-term symptoms even after they recover.

“We have said it before and we will say it again, young people are not invincible,” WHO Director-General Dr. Tedros Adhanom Ghebreyesus said during a press conference at the agency’s headquarters in Geneva.

He later stressed that the world’s youth “should be leaders and drivers of change” during the ongoing COVID-19 pandemic.

Dr. Maria Van Kerkhove, who heads the WHO’s emerging diseases and zoonosis unit, said that people need to be more aware that there is still an unknown factor regarding the contagion’s long-term effects on the human body.

“Even people who have mild disease, some of them will go on to recover just fine,” she said.

“But some of them have longer-term effects, and we are just starting to really learn about this. We are learning what that means.”

The Centers for Disease Control and Prevention recently reported that 26% of young people surveyed by the agency said they still weren’t back to their usual good health even two to three weeks after testing positive.

Kerkhove noted that young people need to contribute more to prevent the further spread of COVID-19.

“We are consistently seeing night clubs as amplifiers of transmission,” she said.

“This is very unfortunate because know that young people want to resume normal activities. But there are situations where the virus, if it’s present, can take hold and transmit efficiently.”

There are now more than 17.3 million confirmed cases of coronavirus worldwide, including at least 674,000 deaths, according to the latest data from Johns Hopkins University.

The U.S. has the most cases by far, with nearly 4.5 million confirmed infections and more than 152,000 deaths. The number of new U.S. cases hovered around 70,000 each day last week, with deaths surpassing 1,000 on four straight days.