Will the Coronavirus Vaccine Get an Omicron Booster Update? 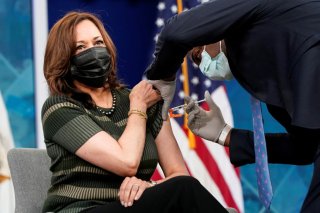 A panel of independent experts advising the U.S. Food and Drug Administration (FDA) is expected to recommend on Tuesday whether to update existing Covid-19 vaccines to target a newer version of the virus in a booster shot that could begin rolling out this fall.

According to the New York Times, the federal government aims to improve the currently available vaccines to better boost Americans’ immune response before a likely resurgence of the virus this fall and winter.

“But in order to move that quickly, it may need to abandon the lengthy human trials that have been used to test coronavirus vaccines over the past two years in favor of a faster process that relies more on laboratory tests and animal trials,” the paper writes.

As reported by STAT, “it seems almost a given” that the agency will tell the vaccine manufacturers to change the composition of the shots.

“This is actually one of the more challenging scientific and scientifically nuanced decisions that FDA has to make because, in a sense, we are trying to predict the future based on probability and odds and the best scientific data that we have, knowing full well that this virus has surprised us previously,” Peter Marks, director of FDA’s Center for Biologics Evaluation and Research, told the site.

Marks added that data appear to indicate that targeting the highly transmissible Omicron variant, which first emerged in late November, will likely improve the overall performance of the vaccines. Debates persist on whether updates should include two strains—the original virus and a version of Omicron—or just Omicron itself.

“We have to have a dialogue at this meeting about what you might buy by moving to a new vaccine composition and what you might lose and whether there’s some balance,” he said.

“In other words, do you fully shift to a new vaccine composition, all Omicron? Do you potentially shift to 50-50—our current vaccine 50 percent, plus Omicron 50 percent? And so that will be the discussion that’s going to occur to try to come to the best place we can to protect the population as we go forward,” he continued.

A committee that advises the World Health Organization (WHO)—the Technical Advisory Group on Covid-19 Vaccine Composition—seems to agree that vaccines need to be updated to include an Omicron-based viral target.

“I think most people think that continuing to vaccinate with the same product is not the optimum way to get a breadth of response,” Kate O’Brien, the WHO’s technical lead for vaccines, told STAT.

“We’re not trying to say: Put Omicron in it because we think Omicron is what’s going to be around for the rest of time. What the composition committee is saying is: We think that what will protect people best against whatever is going to come in the future is a broad immune response. And for the vaccines, the variant that is most different on the evolutionary tree from the ancestor strain, the index variant, is Omicron. That’s why they’re recommending Omicron,” she concluded.