Will the U.S. Ever Reach Herd Immunity? Experts Don’t Think So. 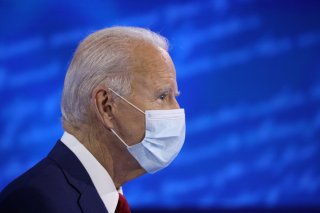 Americans may never live in a coronavirus-free world, public health experts and scientists say, as daily coronavirus vaccination rates are dropping across the country, the New York Times reported.

Reporters for the New York Times spoke with several experts, all of whom said that the coronavirus will most likely become a constant but manageable threat in the United States for several years to come. The experts said that the uncertainty surrounding the newly developed coronavirus strains and how transmissible they might be is slowing the nation’s goal of achieving herd immunity anytime soon.

“The virus is unlikely to go away,” Rustom Antia, an evolutionary biologist at Emory University, told the Times. “But we want to do all we can to check that it’s likely to become a mild infection.”

Dr. Anthony Fauci, the nation’s top infectious disease expert and the White House’s chief medical adviser, acknowledged the shift in experts’ thinking, as they once expected that herd immunity would be achieved by summer.

“People were getting confused and thinking you’re never going to get the infections down until you reach this mystical level of herd immunity, whatever that number is,” Fauci told the publication.

“That’s why we stopped using herd immunity in the classic sense,” he added. “I’m saying: Forget that for a second. You vaccinate enough people, the infections are going to go down.”

When vaccinations were being created, experts, like Fauci, estimated that about 60 to 70 percent of the population needed to be immunized to reach herd immunity. This concept became a bright goal for many countries, including the United States.

But the initial calculations were based on the characteristics of the original version of the coronavirus. Now, several new strains of the virus have uncovered across the globe, like the B.1.1.7 first identified in Britain, that is roughly 60 percent more transmissible. That means herd immunity must be at least 80 percent of the population, according to public health experts.

And as more variants of the virus develop, or if people who are immunized can still spread the disease, then the figure will likely jump again.

If herd immunity is not attainable in the near future, experts told the New York Times that reducing the rate of hospitalizations and deaths caused by the deadly disease will be crucial in controlling the virus. Experts noted that it’ll be widely important to focus efforts on the most vulnerable populations.

“What we want to do at the very least is get to a point where we have just really sporadic little flare-ups,” Carl Bergstrom, an evolutionary biologist at the University of Washington, told the publication. “That would be a very sensible target in this country where we have an excellent vaccine and the ability to deliver it.”

Harvard University epidemiologist Marc Lipsitch, however, told the New York Times that vaccination is still the key to tackling the pandemic.

Getting to a high level of immunity “is not like winning a race,” Lipsitch said. “You have to then feed it. You have to keep vaccinating to stay above that threshold.”

Although more than 56 percent of the population have received at least one dose of a coronavirus vaccine, according to the Centers for Disease Control and Prevention data, daily inoculation rates have slowly declined since last month from more than three million doses per day to more than two million doses.