Winning the Race to Open America After the Coronavirus Crisis 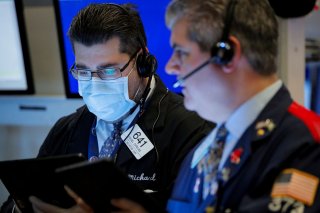 The most consequential decision America must make is this: How do we safely open the country as quickly as possible? Our lives and livelihoods, our prosperity, security, freedom, and stature among nations hinge on getting this right.

This debate has mushroomed far beyond the realm of science, data and expert opinion. Partisan politics, public protests, distrust, mistrust and uncertainty over what we still don’t know about this disease are in the mix as well.

For all the squabbling, it is still possible to reach a responsible, bipartisan consensus about the way forward. There are already dozens of sound recommendations on how to open the country back up. The answer lies simply in asking Americans what they think about them.

Americans ought to have a say in how to get America’s businesses, churches, ballparks and schools open for all of us. My colleagues at the Heritage Foundation assembled an independent National Coronavirus Recovery Commission consisting of 17 wise men and women from the fields of medicine and public health, business and government, disaster response and relief, academia and education, and the faith community.

The non-partisan commission’s goal is to inform the decision-making of the president, governors, county officials and mayors in real-time, highlighting the common-sense points of agreement and action that reflect what Americans want: to be protected from a deadly disease and get America back on its feet as soon as practical.

Americans recognize that our recovery can’t just be run out of Washington. We all have a voice, responsibilities and a role to play. To make sure that happens the administration rightly relies on the traditional federalist response for managing all kinds of disasters from earthquakes to pandemics.

Under this system, local officials—mayors, county officials, and governors—lead, and the federal government backs up them up. Federal support comes in the form of guidance by the CDC, supplies from the national medical stockpile, military support to civilian authorities and more.

This approach is not only consistent with American governance, it is also a proven model—one that has successfully managed recoveries from the Great San Francisco Earthquake to today. No response is perfect in times of crisis, but ours has served better than most to protect lives, recover prosperity and protect freedom.

This week, the commission released 47 specific recommendations to reopen America. The list overall should inspire confidence in the administration’s plan to lift the lockdown in coordination with the states.

The commission-endorsed the approach that aims to slow the spread of the coronavirus with expanded testing, reporting, and contact tracing. At the same time, the commission’s approach would continue building the science behind the response (increasing the availability and rapidity of new diagnostic tests, therapeutics and vaccines). Additionally, these recommendations show how to return to a more normal level of business activity, at the regional level, as local conditions allow. It found that we have adequate testing capacity now to better inform the decision-making of local public health officials and that the capacity for national testing will likely keep pace with plans to gradually open up the country while preventing the resurgence of a major outbreak.

The commission recommended that state and local authorities should reject calls to test every American before loosening social distancing requirements. It righty calls a universal testing requirement unnecessary and unreasonable. Rather, the commission advised: “The mechanics of reopening individual economies should be led by governors and proceed as expeditiously as possible according to data gathered by testing and contact tracing and deployed on the county or zip code level.”

As to the role of Washington, the commission has recommended:

“that the federal government serve in a critical role of supplying reliable information and guidance, reducing barriers to recovery, and providing a back-stop of resources where states need more supply. While there is no single national solution to the recovery process, the role of the federal government ought to be to support and complement governors in bringing their communities back to life. The federal government should assist state and local leaders in expeditiously reopening businesses and schools except in communities where an outbreak is occurring or believed to be imminent.”

This proposal is consistent with how the federal government has dealt with the outbreak from the start and should serve well going forward.

Other key suggestions address the role of Congress, the private sector and local governments. The full list of recommendations are on the commission’s website.

The commission’s work is important, not just for its “how-to” recommendations, but because it demonstrates there is more of a national consensus to move forward than partisan sniping and an adversarial press suggest.

America is not locked in bitter, paralyzing indecision. Americans are ready to take the practical and responsible next steps to take their country back.