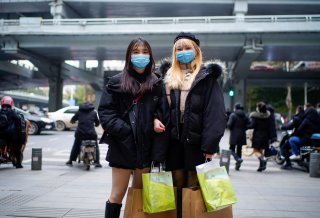 Roughly half a million residents of Wuhan—the Chinese city where the coronavirus pandemic is believed to have originated—may have been infected with the virus, a figure that is about ten times higher than what was initially reported.

The study by the Chinese Center for Disease Control and Prevention surveyed more than thirty-four thousand people in April, and it eventually discovered that 4.4 percent of those tested were found to be carrying the antibodies for the coronavirus. The presence of antibodies means that individuals, at one point in time, had been carriers of the virus.

As of Sunday, Wuhan, which has a population of 11 million, had reported a total of 50,354 confirmed cases of coronavirus, according to the Wuhan Municipal Health Commission.

The Chinese CDC noted that the study was conducted a month after China “contained the first wave of the COVID-19 epidemic.”

The study also indicated that the infection rate in Wuhan was significantly higher than in other major cities and provinces. For example, it revealed that only 0.44 percent of Hubei residents were found to be carrying the antibodies.

“Exactly how much we have missed we don’t exactly know, but this gives us an idea that we have missed quite a bit,” Ian Mackay, an associated professor at the University of Queensland in Australia, told the South China Morning Post.

Song Fujian, of Norwich Medical School at the University of East Anglia in Britain, told the paper that “given the chaotic situation and limited testing capability during the early phase of the epidemic in Wuhan,” the serological survey results might be “more accurate than the reported number of confirmed cases.”

At the start of the pandemic in January, Wuhan was under a full lockdown and cut off from any outside resources for nearly three months. During this time, world leaders and health officials began questioning when exactly Wuhan and the rest of China knew about this particular disease, often described as a pneumonia-like respiratory illness.

More information on the origin of the coronavirus and how it entered the human population may only be months away. Next month, ten international experts—under the supervision of the Chinese government and the World Health Organization—are slated to travel to China to make in-depth “epidemiologic, virologic, serologic assessments” of people and animals.

The experts are expected to build on coronavirus research conducted over the past year, in addition to tapping into historical data from the SARS-CoV-1 outbreak in 2002.

“The current COVID-19 pandemic shows the devastating impact emerging zoonotic diseases can have on societies,” the study’s terms of reference read.

“As the pandemic continues to unfold, understanding how the epidemic began is essential to prevent further SARS-CoV-2 virus introductions and help prevent introductions of new viruses in the future.”