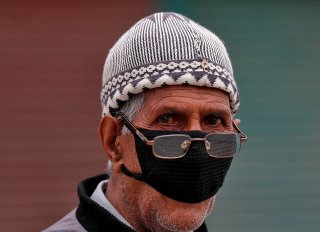 The Coronavirus Aid, Relief, and Economic Security (CARES) Act generated a lot of media buzz when it passed in late March, not the least because of its $2 trillion price tag. One controversy was highlighted by a group of Republican senators, who argued that the federal expansions of unemployment insurance would motivate additional layoffs. They were ridiculed for their concerns, but they weren’t wrong: The CARES Act unquestionably reduces workers’ motivation to pursue, and even continue, employment. But during the current public health crisis, that’s probably a feature, not a bug.

It’s easy to see how the extra $600 per week provided via Federal Pandemic Unemployment Compensation (FPUC) could change some workers’ choices. The combined value from the FPUC and the average unemployment benefit in each state will range from $815 per week in Mississippi to $1,150 per week in Massachusetts. Assuming a forty-hour workweek, these benefits correspond to a range of wages from $20.38 to $28.75 per hour.

That is substantially higher than the median wage in every state, and will even exceed the average wage in most states. And because many of the workers furloughed due to the coronavirus pandemic are in lower-wage industries (retail or leisure and hospitality), those workers, in particular, will tend to earn more from the combined unemployment benefits than they would from their regular jobs.

It’s not surprising that there are already reports of employers laying off employees so they can take advantage of the FPUC. It’s a win-win for both parties: Workers’ income may be higher for the duration of the local economic shutdown, and the company is off the hook for paying the worker when finances are tight. Fortunately, many employers seem to be continuing their employees’ health insurance benefits during the furlough.

Previous research has shown that when the duration of unemployment benefits was extended following the Great Recession, people who received the benefits were not deterred from seeking jobs. This is probably because unemployment insurance benefits are typically lower than the employment income they replace, accounting for only around half of previous income (up to a maximum value). This motivates the recipient to quickly find more rewarding employment.

Thus, while the FPUC is worthwhile from a public health standpoint, it’s important that it be ended as soon as practicable (it’s currently set to expire at the end of July). The extra benefits it provides substantially raise most workers’ “reservation wage”—the compensation at which they’re willing to shift from home production activities (caring for family, etc.) to working outside the home. It’s perfectly reasonable to expect that many laid-off workers will indeed maximize the value they get from these expanded unemployment benefits, just as new parents tend to maximize the value of their parental leave.

In addition, the CARES Act allows workers to self-certify that they are unemployed due to the effect of the coronavirus. This certainly makes it easier for those who need support to receive it, but it also increases the likelihood of fraud. The Department of Labor specifically says that workers who unilaterally leave their job are not eligible for unemployment insurance, but anecdotes suggest that some employers are allowing workers to take voluntary furlough, even as the business stays open.

Workers who temporarily bow out of the labor market are gambling that the opportunity for employment will still be there when they want to return to work. But businesses may re-engineer their operations during the crisis to enable comparable levels of production with fewer employees, meaning the gamble could result in longer-term joblessness for some workers.

Similarly, if the FPUC and PUA are extended from July to September—as House Speaker Nancy Pelosi has suggested—and if the need for social distancing has passed, then we might indeed see federal policy inhibiting the recovery of the economy. But it’s fair to say that determining the correct trigger to end each worker’s FPUC will be quite difficult, since we should expect different areas of the nation and different industries to end their shutdowns at different times.

One simple approach would be to allow workers to continue receiving partial FPUC benefits for a period of time after returning to work. This would remove some of the disincentives to pursue employment and switch the FPUC from a relief program to an economic stimulus when the time comes to end the shutdown in each city. The obvious drawback is that it would add even greater costs to an already-expensive program.

In conclusion, the Senators protesting the FPUC were at least partially correct—it certainly will affect workers’ connection to their jobs over the next few months. But policymakers want to encourage non-essential workers to stay home to avoid further spreading the coronavirus. In this case, the motivation to forgo working can be seen as beneficial, at least for now.

The coronavirus-induced rise in unemployment will hopefully be relatively temporary. Congress can help by changing the FPUC so that its disemployment effect ends just as the economy is ready to re-open.

Michael Farren is a research fellow with the Mercatus Center at George Mason University.