YouTube Videos about Coronavirus Are Full of Misinformation, Study Says 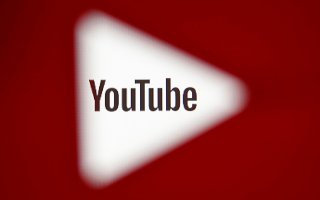 A clip from a documentary called “Plandemic,” which alleged a massive conspiracy involving the spread of coronavirus and supposed misdeeds by the likes of Bill Gates and Dr. Anthony Fauci, went hugely viral earlier this month. Multiple fact-checking outlets debunked virtually all of the major claims in the video, leading YouTube and other platforms to take the video down.

According to a new study, misinformation about coronavirus was a big problem on YouTube months before the arrival of “Plandemic.”

BMJ Global Health has released a study called “YouTube as a source of information on COVID-19: a pandemic of misinformation?”

Authored by Heidi Oi-Yee Li, Adrian Bailey, David Huynh, and James Chan, a quartet of researchers associated with the University of Ottawa and Ottawa Hospital, the study looked at the most popular YouTube videos dealing with the pandemic, and found that over a quarter of them included inaccurate information.

“Over one-quarter of the most viewed YouTube videos on COVID-19 contained misleading information, reaching millions of viewers worldwide,” the conclusion says. “As the current COVID-19 pandemic worsens, public health agencies must better use YouTube to deliver timely and accurate information and to minimise the spread of misinformation. This may play a significant role in successfully managing the COVID-19 pandemic.”

The researchers, on March 21, looked at the top 75 viewed videos for the keywords ‘coronavirus’ and ‘COVID-19.’ Omitting videos that were “duplicates, non-English, non-audio and non-visual, exceeding 1 hour in duration, live and unrelated to COVID-19,” the researchers studied the remaining 69 videos, which had a total at the time of nearly 258 million views among them.

They then determined that 27.5 percent of the videos, with a total of over 62 million views, “contained non-factual information.” The incorrect information referenced took many forms, from scientifically inaccurate descriptions of how viruses work, to bogus medical advice, to racist statements to far-flung conspiracy theories.

The researchers also found that government and professional videos were more likely to be factual than “internet news videos” or “entertainment news videos.”

There are a couple of caveats to the information in the study. Its sample sizes are small, and the findings concern the videos that were most popular nearly two months ago, which in the time of coronavirus is practically a lifetime. March 21, after all, was long before “Plandemic” or multiple other controversies over false or conspiracy videos that have taken place since.

Even so, it’s hard to dispute that false information on YouTube, the place where many people get their news, is a major problem and not an easy one to solve.