DoD: Slashing Redundancy Instead of Personnel 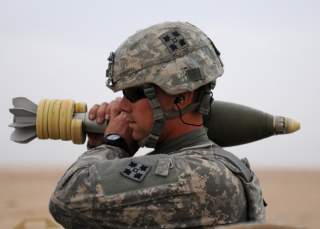 There has been a lot of talk from all sides concerning the Army force drawdown to 440,000 personnel. This would be the lowest cut since before World War II and represents a reduction of 80,000 soldiers. The President’s Budget for 2014 highlights the tremendous expense for military personnel: $137.1 Billion or over 25 percent of the total defense budget. Indeed, slashing personnel is a significant and reasonable option to drive down short- and long-term costs in DoD’s gargantuan budget. But most people don’t realize that the 80,000 cut is not focused solely on front-line soldiers—it will also include the ancillary and support personnel that work alongside the front-line forces. These communities include public affairs, logisticians, intelligence operators, religious personnel, medical response, and legal support. If DoD is to become more lean and purple with its people, it should look for cost-saving alternatives that share capabilities.[1]

Some novel and unique ideas are being forwarded up the chain of command by the Services’ junior officers in the professional military journals. One such proposal highlighted in this April’s Joint Forces Quarterly details a cost-effective approach that overhauls and merges the individual Services’ entry-level-logistics officer training. Each year DoD enlists and commissions tens of thousands of personnel into its roles, costing millions of training dollars—1,700 in the officer logistics community alone. In effect, the Services are running their own, in-house MBA programs for their military business professionals. There are significant differences in the ranks, tasks, and courses that each Service assigns its organic logisticians, but there are still core business fundamentals and competencies that are shared, such as food-service operations, contracting, inventory control, or supply-chain management. Even though these officers serve multiyear tours in their home service after this training, these officers’ career end states are almost entirely the same: most end up working in one of the larger DoD logistics entities, such as the Defense Logistics Agency (DLA), Transportation Command (TRANSCOM), or the Joint Staff. So, why the redundancy in training?

This particular proposal is not entirely new. It was executed with success during World War II. At that time, the Army, Army Air Corps and Navy all had their logistics officer courses tied together under the Harvard Business School. This process was disbanded in favor of a service-specific process that was responsive to the services’ individualized needs after the war concluded. Now, more than seventy-five years later, the Service’s numerous schools may be increasingly unsustainable in the modern warfare environment that places joint and cost-sensitive requirements of utmost concern for the military’s Combatant Commanders.

More importantly, this proposal offers a tantalizing method and model that could apply to other military-Service-specific support communities or other government agencies where the training and positions are analogous or overlap significantly. A prime example of joint efforts working in synergy is the Uniformed Services University for Health Services in Bethesda, Maryland. This institution has prepared both military and Uniformed Public Health Service medical officers under one roof using a general program of study since 1972.[i] Upon graduation, medical officers are farmed out to a smorgasbord of government and military entities. Indeed, the various military and civilian intelligence communities are a case in point, since their military and civilian training is both resource-intensive and redundant. Could the Defense Intelligence Agency, Army Military Intelligence, and Department of Homeland Security personnel train under similar standards instead of their own?

In the end, DoD is at a pivotal time in which the global threats are increasing, not decreasing—all of this amidst the background of one of the biggest and most challenging budget environments in recent memory. While this proposal may not be the silver bullet to solve DoD’s personnel dilemma, DoD should seek out and examine more such proposals before it drops the axe on any future personnel cuts.

[1] Each service is associated with a color and purple represents the joint, shared, and inter-operable side of DoD. Two famous purple organizations include Special Force’s Delta Force and the Joint Staff.

[i] Uniformed Services University of Health Service, Web site, “About,” available at <www.usuhs.mil/>.