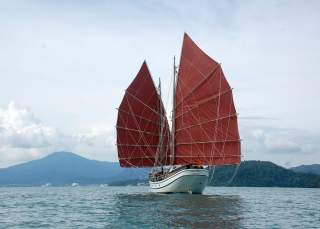 One of the (many) ironies of Donald Trump’s emergence is the general dislike for him in East Asia, especially among American allies, who clearly want Hillary Clinton to win the presidency. After all, “Trumpism” actually reflects fairly accurately the practice of how much of East Asia is governed. To be sure, East Asian elites are not much like Trump himself—thankfully. They are businesslike (to the point of leaden), not prone to outbursts, far more serious and well versed, and so on. But Trumpism is more or less the unstated ruling consensus in places like Japan, South Korea, Taiwan, Singapore and China. Consider a few issues.

Japan and South Korea have some of the lowest immigration rates in the developed world. This is by design; it is difficult to obtain long-term visas for anyone who is not an English teacher. The nonnative populations of South Korea and Japan are in the low single digits—and those that do live there are almost always an out-group, rarely occupying positions of authority in the private or public sector. China, technically with over fifty distinct ethnicities, has “Han-washed” these cultures and standardized languages and customs throughout its borders. It has “encouraged” Han internal immigration to non-Han areas, most famously Tibet, and enforces standardized Mandarin in public schools to compel integration.

Trump has called for a complete ban on Muslims entering the country, and has questioned accepting Syrian refugees. Like Trump’s base, East Asia is intensely critical of Islam and has accepted virtually no refugees from the Middle East. The select few that do make it face discrimination and diminished expectations, and even in democracies like Japan and Korea, they are treated poorly. Muslims in China are repressed and suspect; in Singapore they are informally locked out of power.

In addition to congruent views on immigration, Japan, Korea and China share similar Trumpian views on trade: there is a finite amount of pie on the table, and a bigger slice for others means a smaller slice for us. Trump’s evaluation of agreements like the Trans-Pacific Partnership and the North American Free Trade Agreement as “bad deals” that allow the other to “take advantage of us” mirrors mercantilist attitudes in East Asian agricultural and manufacturing industries. Even democracies like Japan and Korea continue to throw up non-trade barriers to protect their national champions: take, for example, the half trillion in government subsidies dished out to Korea’s biggest conglomerates last year—Samsung, LG and Hyundai, to name a few.

China, of course, is worse. The difficulty foreign firms have there—with corrupt officials, politicized investigations or tax treatments, corporate espionage and so on—are well-known. Some of the world’s largest tech companies, arguably America’s foremost export, have limited footprints in the country, ceding market share to Chinese domestic alternatives. When deals are completed for foreign company expansion, there are often the result of joint ventures between Chinese firms and private international entities. These arrangements frequently insist on technology transfers and other concessionary privileges in exchange for market access. This sounds much like what Trump wants to do.

China also uses trade as a geopolitical weapon, as Trump proposes. When the Philippines tangled with China over the Scarborough Shoal in 2012, China immediately stopped accepting bananas, mangoes and other tropical fruits, which represent a significant portion of Philippine exports. Only once Manila backed down and withdrew its complaint did trade flows resume.

Semi-Authoritarianism and Dislike for Free Media

Trump’s authoritarian flirtation is also reflective of East Asia’s political style, where executives are very powerful, legislatures are weak, media are crippled by libel laws and ties to state actors or corporations, rule of law is often bent to accommodate wealthy businessmen and nationalist pressure, and so on. Taiwan, South Korea and Japan all have outsized executives, only weakly constrained by legislatures. I have had students refer to the South Korean presidency as an elected monarch. In these system, decisionmaking comes from the top, and there is little the opposition can do in key areas such as foreign policy or criminal justice.

Civil liberties in China, South Korea and Japan are relatively weak. Trump, in his calls to deport eleven million people and his removal of journalists from events, are eerily similar to South Korea revoking the passport of a Japanese reporter and trying him for defamation. Large parts of the internet are entirely blocked in China. Japan has dropped to seventy-second out 180 nations on the World Press Freedom Index, behind such countries as Madagascar, Georgia and Niger.

At bottom, then, East Asia is very much of the modernist-nationalist mindset regarding the state and its borders. When Trump says, “if you want to have a country, you have to have borders,” East Asia embodies that today probably more than any other part of the world. Since the 1980s, Trump has followed—as much as he is able to, I suppose—Asia; he was an original Japan-basher back in the day. What an irony that, for as much as he dislikes the region, he is now importing its mercantilist-nationalist trade model to the United States.

Robert E. Kelly (@Robert_E_Kelly) is an associate professor in the Department of Political Science at Pusan National University. More of his work may be found at his website: https://asiansecurityblog.wordpress.com/.