Forget The Ford Class, This Is The Best Aircraft Carrier America Ever Built 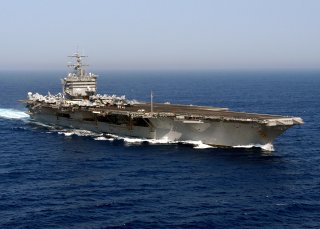 Here's What You Need To Know: Enterprise won twenty battle stars in the Pacific, more than any other U.S. ship. There was widespread recognition of its service, and several efforts to preserve it as a monument.

Robert Farley, a frequent contributor to TNI, is a Visiting Professor at the United States Army War College. The views expressed are those of the author and do not necessarily reflect the official policy or position of the Department of the Army, Department of Defense, or the U.S. Government. This first appeared last year.