France and the Rise of the Outsider 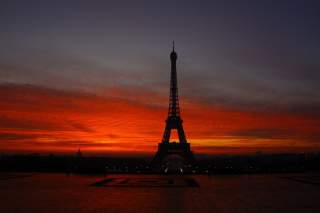 Round one of the French presidential election has come and gone, with centrist Emmanuel Macron (with 23.9 percent of the vote) and far-right Marine Le Pen (at 21.7 percent) coming in first and second. As neither candidate gained an outright majority, they will proceed to the second-round vote, which will be on May 7. The two remaining candidates offer starkly different platforms to the French people, one based on the nation-state and the other on the broader concept of Europe and how France fits into that construct. Although opinion polls point to a Macron victory, the race to win the presidency may be closer than currently expected.

What to take from the French elections? We see four factors that will determine the next weeks and beyond.

First and foremost, this has been a race of the “outsiders.” Although the case can be made that both Le Pen and Macron have been part of the “system” for a long time, what is striking is that Le Pen’s National Front and Macron’s En Marche! (established only late last year) have never been in power. The two major blocs, represented by the center-right (through various parties, the latest being the Republicans) and Socialists have dominated Fifth Republic politics since 1958. This is the first presidential contest in which one of the major parties did not place a candidate, reflecting a deep disenchantment with the traditional parties and a willingness to embrace outsiders. Benoît Hamon, the Socialist candidate, won only 6.3 percent, while 10.2 million people abstained from voting altogether, more than the 8.5 million who voted for Macron and the 7.7 million who voted for Le Pen.

The outsider dimension becomes broader when considering that 19.6 percent of the vote went for far-left Jean-Luc Mélenchon, who stood for a 100 percent tax on anyone earning more than 400,000 euros, a renegotiation of France’s relationship with the EU and greater social benefits. He is also an admirer of Venezuela’s Hugo Chavez and China’s Mao Zedong. Add Mélenchon and the outsider vote climbs to around 65 percent of the total. Looking at this another way, the combined vote of the two establishment candidates, Republican François Fillon and Socialist Hamon, and they barely clear 26 percent of the total votes.

Second, the new political alignment stresses Le Pen’s emphasis on the nation-state, strong defense of the borders, protectionism in trade, a return to the franc, a referendum on leaving the European Union, closer relations with Russia, and an extension of the state into the economy and society (more benefits and a rollback of labor reforms undertaken by the outgoing Hollande government). Le Pen will also seek to paint Macron as part of the establishment, especially after he has received the endorsements of Fillon and Hamon.

Marcon claims he will be tough on terrorism and is supportive of the ideals of liberal democracy. In contrast to Le Pen, Macron favors making the European Union work better, overhauling state finances, reducing the social welfare state, maintaining the autonomy of the central bank and pushing more labor-market deregulation.

Unlike Le Pen’s statist approach to economics, Macron actually cares about dealing with such issues as an overly heavy reliance on state spending, the buildup of public-sector debt and the need for economic growth to reduce structurally high unemployment (at 10 percent in February). According to the Organization for Economic Cooperation and Development, France has one of the highest public spending ratios among advanced economies at 57 percent of GDP, while public-sector debt (as defined by Maastricht criteria) stood at 97.9 percent at the end of 2016. Moreover, real GDP was an anemic 1.3 percent in 2015 and 1.2 percent in 2016.

Le Pen and Macron’s contrasting views were best captured by Anne-Sylvaine Chassany of the Financial Times: “The French presidential election has turned into a binary contest between two political outsiders: one a staunch defender of the postwar liberal order and the other a fierce populist intent on tearing it down.”

The third factor is that French opinion polls proved to be more accurate than those in the UK and the United States. French polls were consistent in putting Le Pen and Macron ahead of the rest of the field through the last couple of months. The current polls indicate that Macron will defeat Le Pen by a roughly 60 to 40 percent outcome. It could be a little closer, but the tendency in French electoral politics has been to rally around less extreme candidates than Le Pen. This was indeed the case in 2002, when Marine Le Pen’s father, Jean-Marie Le Pen, got through to the second round to face conservative Jacques Chirac. The latter was to go on and win 82.2 percent of the vote, to Le Pen’s 17.8 percent.

In a snap poll conducted by Ipsos on the day of the election, Macron would win 62 percent of the vote to Le Pen’s 38 percent. If Le Pen were to receive close to 40 percent of the vote, she would exceed past efforts. What would help the National Front leader is a high level of voter abstention, the defection of followers of Mélenchon to her camp (with the exception of Le Pen’s anti-Islamist and immigrant stances, the two are close especially in terms of economic and social benefit policies), and another major radical Islamic terrorist attack, followed by a flaccid response from Macron that makes him look weak. That said, polls point to a Marcon victory, which is the most likely.

The fourth factor is that Macron is looking beyond the May 7 vote. His victory speech was very statesmanlike, with the centrist leader positioning himself for the June 2017 legislative elections. While the upside of being an outsider has made Macron more attractive to French voters, it also means that his political movement lacks a strong legislative base. En Marche! will probably win seats in the National Assembly, but for a Macron presidency to work, it will need to form alliances with both the Left and Right. Some type of “cohabitation” between a Macron presidency and the establishment parties is very likely; it would be highly questionable with Le Pen.

Whoever wins on May 7 is going to have considerable challenges. Although economic conditions have improved over the last several months, real GDP growth, according to the International Monetary Fund, is expected to remain below 2.0 percent this year and next. Moreover, many of the reforms advanced by Macron are likely to incur public resistance as they would scale back some of the benefits that the French hold dear. Le Pen’s challenge would be how to simultaneously broaden the state’s benefits (spend more money) and pull out of the euro (which would disrupt the national currency and require a currency conversion of standing debt), both of which would raise questions over access to raising more debt in international and domestic capital markets.

Macron is likely to emerge the next president of France. Le Pen will struggle to rise above her core support, the endorsements of losing candidates Fillon and Hamon for Macron, and the distaste of many French for some of Le Pen’s views (like leaving the EU). Although we expect a Macron victory, Le Pen can still make the second round competitive, especially if there are further radical Islamic terrorist attacks which play to her stance on strong border control and tighter immigration laws.

France’s election is important for the rest of Europe. France was a founding partner in what today is the EU. It has long stood for liberal democracy and a European form of capitalism. Additionally, it plays a constructive role in promoting such values on the international stage. With elections in Germany, the UK and possibly Italy, what happens in France has profound influence. Indeed, Italy faces a similar political landscape as France—its economy has barely expanded over the last decade, unemployment is structurally high (11.5 percent in February) and the established political parties are scorned by much of the voting public, giving the potential for real gains by the populist and anti-EU Five Star Movement and fellow travelers. And the Five Star Movement, like Le Pen, wants to pull out of the euro and hold a referendum on EU membership. In this sense, a Macron victory is good for Europe; a Le Pen victory would portend further disruption and another pull away from the great European experiment. May 7 looms for French voters, but it will be closely watched by the rest of Europe.