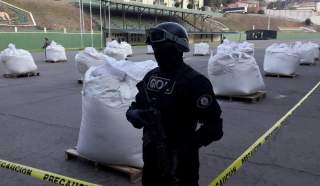 Have you ever slipped when trying to avoid sugar, quit smoking, or break another habit or addiction? Usually that one piece of cake or one cigarette won’t ruin your whole plan, but for people struggling with cocaine addiction, one slip can undo months of hard work.

Cocaine consumption is increasing, with 2.2 million people in the U.S. admitting to recent cocaine use in 2017. In 2014, the National Survey on Drug Use and Health estimated that nearly 1 million Americans were addicted to cocaine. The effect of cocaine on the brain and body is so powerful that, even after state-of-the-art treatments, many people trying to quit cocaine relapse within a year.

What if cocaine could be made less euphoric, so that a single use by a recovering addict doesn’t result in a full-blown relapse? Scientists at the Mayo Clinic recently published progress toward making this idea a reality – a gene therapy that would treat cocaine addiction by making cocaine less rewarding.

We are a molecular biologist and a neurobiologist who are interested in understanding and treating human disease, including neurological disorders such as cocaine addiction. As University of Tennessee faculty members leading basic biomedical research, we have worked for years on how genes are turned on and off in people and the effects of cocaine on mice, respectively. So, we were excited to see a promising convergence of novel gene therapy and cocaine addiction therapy.

Beginning more than 20 years ago, scientists have worked to engineer a new version of a human protein that could break down cocaine so quickly that it doesn’t produce an addictive high. We all have the normal human protein BChE that helps regulate neurotransmitters, and which can slowly break down cocaine. Targeted mutations in BChE can turn it into a super-CocH – a protein that can quickly break down cocaine. When this CocH is injected into the bloodstream, it breaks down cocaine very fast – before the user can experience the pleasurable effects – so a dose of cocaine is less rewarding. Being less rewarding means it is easier to stop using cocaine.

Previous research has shown that injections of the super-CocH protein drastically decrease addictive behavior in cocaine-addicted rats. That’s great. But the problem is that daily CocH injections would be too expensive and difficult to maintain for the years needed to prevent cocaine relapse for human users. It would be much more practical to provide a single treatment that could provide enough CocH to last for years.

One way to do that is gene therapy: Give patients the DNA sequence (the gene) that contains the instructions for making super-CocH so their bodies can keep making it for months or potentially years. Fortunately, over the past decade, this type of gene therapy has been moving from science fiction to hopeful reality. Clinical trials have demonstrated the potential of gene therapy to treat diseases from hemophilia to neurodegenerative disorders, and a handful of these are FDA-approved. The new Mayo Clinic study takes an important step toward making CocH gene therapy a reality.

How does gene therapy work?

How exactly does a scientist “give a person a gene”? You can’t just swallow DNA the way you would a pill. The Mayo Clinic scientists had to find a way to deliver the gene to every cell in the liver. The way they did this was to insert the gene for super-CocH into a virus called adeno-associated virus (AAV). AAV has been modified so that when it infects cells it cannot reproduce in the body or make someone sick. It is just a delivery vehicle. The virus works by delivering the CocH gene to liver cells, where it remains for months or years. The cells read the super-CocH gene and use it to manufacture many copies of the CocH protein, which then breaks down cocaine.

In the new study, the team tested this approach in mice. The results are very promising and suggest that this gene therapy is safe and effective. Mice receiving the gene therapy alone were healthy. Mice given cocaine became hyperactive and showed signs of liver damage. When the mice were given cocaine plus gene therapy they behaved normally, as if they had not been given the drug. The cocaine was quickly broken down by their new super-CocH proteins, and their livers showed no signs of damage.

The results are promising enough that the FDA has approved plans to proceed with human clinical trials.

Keep in mind, this treatment won’t hit the market anytime soon. It took six years from initial tests of AAV-CocH therapy in mice to reach the point where the technique is safe enough for human trials. There are many aspects of the treatment that need to be evaluated and modified to make sure it is both safe and effective in humans.

For example, AAV gene therapy can produce unwanted immune responses in people that will need to be carefully monitored. Issues such as discomfort caused by the therapy, different responses based on an individual’s genetic makeup and interactions with other medications or medical conditions will also need to be addressed.

Because this study only monitored mice for two months, longer-term effects of the gene therapy will need to be investigated. Also, how well this therapy works to treat cocaine addiction in mice is not really known, and treating addiction in humans is certain to be even more complicated.

This gene therapy could someday make a dose of cocaine less rewarding, but a full recovery from addiction will likely require a combination of treatments administered over many years.

Like many, the two us have family members or friends who struggle with addictions that cannot be cured simply by “trying harder.” This recent work combines careful scientific progress with a creative new idea, giving hope to those trying to overcome cocaine addiction.