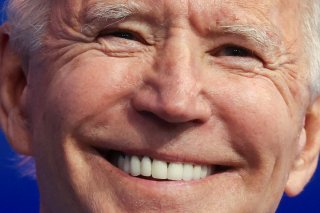 The IRS on Thursday issued its latest weekly update on the distribution of stimulus checks from the American Rescue Plan. The IRS, which co-signed the press release along with U.S. Department of the Treasury, and the Bureau of the Fiscal Service, said that nearly two million checks went out in the latest batch, which is dated April 21. The round was valued at about $3.4 billion.

The latest round of “ Economic Impact Payments,” as the checks are officially known, is the sixth, and brings the total to 161 million payments, valued at $379 billion.

The April 21 round included 700,000 for “eligible individuals for whom the IRS previously did not have information to issue an Economic Impact Payment but who recently filed a tax return, and another 700,000 “plus-up” payments, for those eligible for new payments based on their financial picture changing between 2019 and 2020.

The payments, the IRS said, will continue on a weekly basis.

“Although payments are automatic for most people, the IRS continues to urge people who don't normally file a tax return and haven't received Economic Impact Payments to file a 2020 tax return to get all the benefits they're entitled to under the law,” the IRS said. This includes “tax credits such as the 2020 Recovery Rebate Credit, the Child Tax Credit, and the Earned Income Tax Credit. Filing a 2020 tax return will also assist the IRS in determining whether someone is eligible for an advance payment of the 2021 Child Tax Credit, which will begin to be disbursed this summer.”

As the stimulus checks from the American Rescue Plan continue to go out, there’s a push underway to legislate an additional round of stimulus checks, to get Americans through to the very end of the pandemic.

Meanwhile, prosecutors in at least two states are attempting to take the stimulus checks away from prisoners, and to redirect that money towards victims of crime. It’s unclear whether such a push, including one by a prosecutor and the state Attorney General in Alabama, its legal. In Missouri, prosecutors are attempting to garnish the stimulus checks of convicted criminals who owe restitution.

Meanwhile, Larry Kudlow, the former Trump economic policy adviser who has returned to his former job as a Fox Business host, said last week that the stimulus payments are in fact stimulating the economy of China.