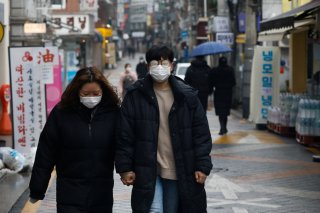 The highly transmissible BA.5 Omicron subvariant is on the fast track to becoming dominant in South Korea, with cases tied to the virus surging three-fold in just one week, according to a new Korea Herald report.

Per the Korea Disease Control and Prevention Agency’s (KDCA) weekly report released on Tuesday, the BA.5 subvariant was found to have appeared in 24.1 percent of sequenced samples in the last week of June. In the week prior, it was sitting at 7.5 percent.

Lim Sook-young, a senior KDCA official, noted in a news briefing that the weekly growth rate of the subvariant indeed suggests the “imminent dominance” in the east Asian country. Citing data from the United Kingdom, Lim claimed that BA.5 has been reported to spread about 35 percent faster than the BA.2 subvariant. BA.5 is also more likely to evade immunity.

Over the past week, South Korea has registered roughly 10,600 coronavirus cases per day, which is up by more than 3,000 from the week before. Due to the rising number of infections, the Ministry of Health and Welfare confirmed on Wednesday that plans were underway to add hospital beds for pregnant women, children, and others who are deemed most vulnerable to Covid-19.

Adding to these concerns is the fact that although nearly two months have passed since Yoon Suk-yeol became president, he has yet to appoint a minister of health and welfare, which is seen as a key position in leading the country’s overall pandemic fight.

“I think the biggest risk facing us might be that Covid-19 does not seem to be a priority in the current administration,” said Dr. Eom Joong-sik, an infectious disease specialist at Gachon University Medical Center in Incheon, per the Korea Herald.

Meanwhile, the Centers for Disease Control and Prevention (CDC) already confirmed earlier this week that the BA.5 subvariant is now the dominant coronavirus strain in the United States, accounting for about 54 percent of all Covid-19 infections last week, according to the Wall Street Journal. A similar subvariant, BA.4, makes up 17 percent.

“They're taking over, so clearly they're more contagious than earlier variants of Omicron,” David Montefiori, a professor at the Human Vaccine Institute at Duke University Medical Center, told NBC News.

The CDC’s announcement comes a week after the Food and Drug Administration (FDA) recommended that vaccine manufacturers update their coronavirus vaccine booster shots by this fall to target BA.4 and BA.5.

“As we move into the fall and winter, it is critical that we have safe and effective vaccine boosters that can provide protection against circulating and emerging variants to prevent the most severe consequences of Covid-19,” Dr. Peter Marks, director of the FDA’s Center for Biologics Evaluation and Research, said in a release.